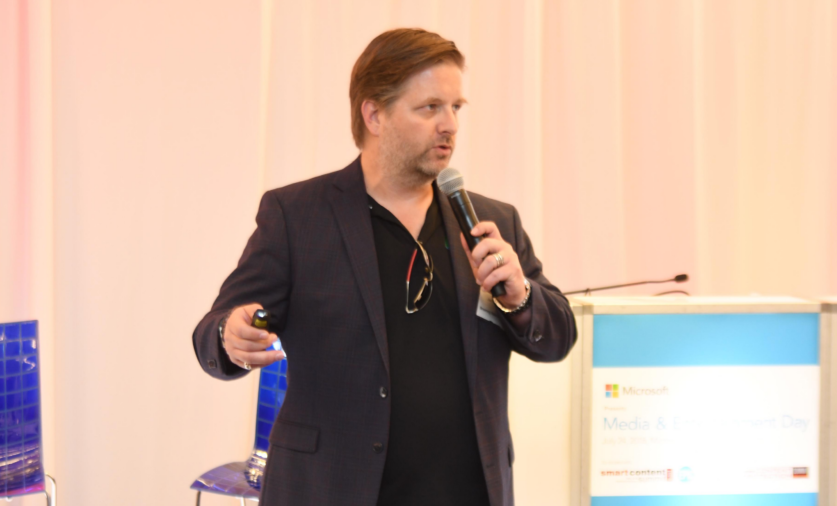 NEW YORK — As over-the-top (OTT) streaming video continues to gain in popularity, it’s a prime target for pirates and, to protect your content, it’s important to use a “layered” approach to security, according to Jason Thibeault, executive director of the Streaming Video Alliance (SVA).

“We know that content is being stolen” and “if you have content, you’re being pirated” — largely because “it is so stupid easy to steal content today,” he said July 24 during a panel session called “Streaming Video Alliance (SVA) Presents: Strategies for Protecting your OTT Content” at Content Protection Summit East, part of the Media & Entertainment (M&E) Day at the Microsoft Conference Center.

SVA was informed by a major North American content service provider that about 9% of its broadband subscribers were illegally streaming content, Thibeault said at the summit. That’s resulting in “a lot of lost revenue,” he said without naming the company, whose only solution to fight the problem, he noted, was sending cease and desist or takedown notices — a solution that is useless if a pirate lives in a country like Belarus or Poland and the service provider is in North America.

“So, this is a major problem,” he said, citing a recent third-party projection that, based on current losses, streamed video piracy will account for $50 billion in lost revenue by 2020. “That’s insane” — and no video service provider is safe, he said, adding: “We know every broadcaster, every OTT provider – everybody in the industry — faces this issue, and we’ve got to figure out a way to stop it.”

The security strategy that companies use “can’t just be one technology — it’s got to be multiple things that you combine together,” he said. There is also a major challenge that companies face when taking these steps with live broadcasts and that’s keeping latency to a minimum so as not to harm the user experience, he pointed out, calling that “the elephant in the room.”

The process that companies need to use to fight piracy can be broken down into three steps: observation, identification and prevention, he went on to say. The first step is figuring out whether you’re being hacked or pirated and then who’s doing it, he noted, although he stressed: “People are stealing your content. There’s no doubt about it. The question is can you mitigate the amount of pirating” that’s being done?

Forensic watermarking works best in identifying pirates because the “digital fingerprint” it provides lets content owners figure out exactly who purchased their content and who is using the content, he explained. Artificial intelligence and machine learning are also “starting to get applied to this problem,” he said.
SVA has “three major tenets that we’re trying to accomplish in the market”: education, collaboration and definition, Thibeault said, adding: “We believe it’s critical to inform the industry … what the challenges are in streaming video.”

On the collaboration front, he noted that SVA recently teamed with various industry vendors to write a new technical paper on forensic watermarking implementation challenges for streaming media companies. Explaining the importance of definition, he said SVA works to build technical specifications, best practices and guidelines that “solve those challenges.”

Click here for audio of Thibeault’s presentation or here for the slide deck.