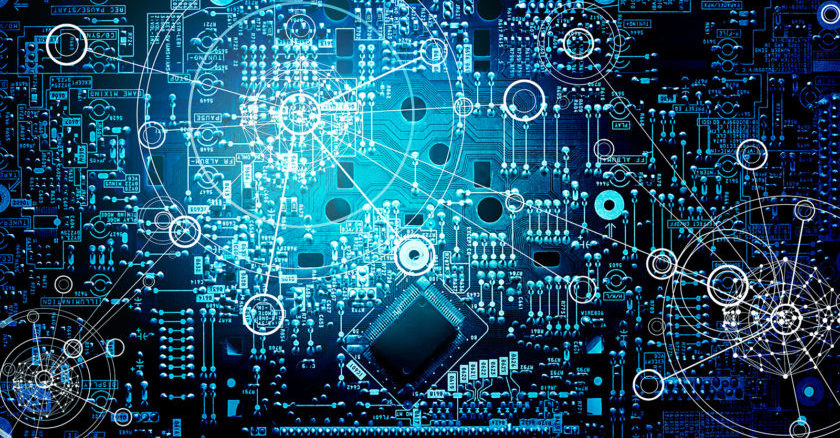 Microsoft Azure
The media and entertainment (M&E) industry is both driving and being impacted by a wave of digital transformation, according to Microsoft. At the show, Scott Bounds, Microsoft U.S. media & cable industry lead, highlighted Microsoft Azure’s new strategy for M&E, which focuses on content creators by providing a neutral, at scale, public cloud platform.

In the Oct. 17 conference session “How Microsoft Azure Can Help Content Creators,” he explained how the new strategy expands the company’s previous focus on distribution to include all parts of the content value chain – from content creation, to management, distribution and monetization.

Although distribution has long been done in the cloud, customers are now looking to move creation and management to the cloud, benefiting from hyperscale, global, storage and compute, according to Microsoft. As a result, M&E organizations are evolving their monetization strategies, bringing over-the-top (OTT) platforms in-house and better leveraging social graphs and their data to understand, target and engage with their audiences.

Microsoft wants to “level the playing field” for media companies by offering a “one-stop, best-in-class technology platform and rich solution offerings from a robust ecosystem of partners” through strategic partnerships, according to Bounds. 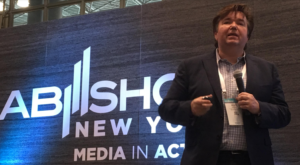 Making a prediction, Bounds told attendees: “Some of the things that we’re going to be seeing in the near-term future – probably within the next 18 to 24 months – [include] glass: writing data onto glass [and] writing data onto DNA strands. So, right now in Microsoft Research, these are projects that we’re seeing.” This comes as the cost of storing data continues to decline as content archives keep getting larger, he said.

Moving on to AI, he said: “Right now, out of the box, Microsoft has 29 cognitive services” that customers can make use of, including facial recognition and various other capabilities. Azure Video Indexer, for example, enables users to extract deep insights from audio and video assets, he said.

NAGRA Kudelski and ThinkAnalytics executives were among the speakers during the NAB Show New York panel session “Where’s My Consumer? Literally, Where’s My Consumer?” that addressed how the M&E industry is responding to a mobile audience that keeps demanding more and more content when and where they want it — without ads.

The content consumption model changes with the location that is being used to watch content. After all, the same consumer that watches long-form content on the living room TV is unlikely to watch that same content on a mobile device. 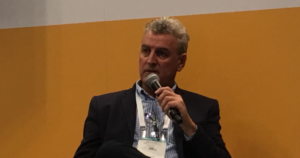 Berger went on to discuss the significance of metadata and ML. But he said it’s “important to start off with the right set of assumptions because algorithms are made by human beings [and] human beings have prejudices.” You can’t necessarily assume out of the box that users won’t watch full movies on a smartphone, for example, he said.

The industry must be “very careful” with how it measures content viewership, according to Anthony Smith -Chaigneau, NAGRA senior director of product marketing. To underscore that, he pointed to an incident in which he was traveling on an airplane and the woman next to him connected to the Internet to watch a movie on an app, but she fell asleep and he wound up watching the movie instead of her. 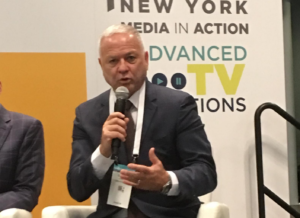 Any viewership data would have been attributed to her even though “she didn’t see anything,” he noted.

Licensing and piracy issues, meanwhile, continue to be significant factors for the industry, Smith -Chaigneau said. For one thing, “not all content is available on all devices, so we have to be careful to understand the whole ecosystem,” which is “made specifically for certain genres of content,” he said.

And much of the content being viewed is being done illegally, he said, adding: “The statistics [show] we are enabling piracy as we move into the digital world. And that’s where NAGRA Kudelski comes into the fore with antipiracy services.” As an example, he pointed to data showing there was “enormous” rates of piracy for a recent Ultimate Fighting Championship (UFC) match featuring Conor McGregor.

The fight was watched by many people on illegal web sites and “we’re all losing money when that happens,” he said.