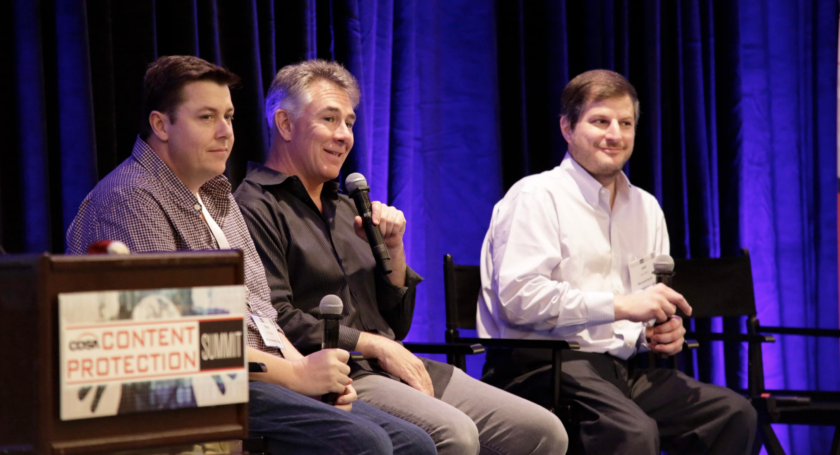 CPS 2018: Cloud-Native Content Production a Reality … But is it Secure?

“It sounds good to go in the cloud, but then there’s the issue of how do I know it’s secure?” he said, during the panel “Making it Real: Cloud-Native Feature Production.” “How do I know the other people I’m working with are compliant, working with the same approved solutions? Small or large, it’s a question your organization needs to ask.”

It’s salient advice, his fellow panelists — Erick Geisler, CEO of G2 Immersive Studios and Joel Sloss, senior program manager for Microsoft Azure — agreed. But the benefits of moving productions to the cloud for feature films, TV, and short-form media are proving themselves, with managed identities and isolated cloud network environments reducing the risks for breaches, they said.

And the benefits for cloud-native productions are immense, Geisler said, adding that his company has worked hard to set up workflows for the cloud that mirror those that are done now in office environments.

“As a content creator, being able to host something in a single location [is beneficial],” he said. “When you’re creating on set, you’re creating an enormous amount of data.” With cloud-native productions, there’s no longer a need to upload or download data and risk data loss.

And for G2 — a full-service production, post and design studio — quality also matters. “The workflows in the cloud, you can really get high quality now,” Geisler said. “As a content creator, it allows me to expand my footprint around the globe, without worrying about piracy.” During the panel, he shared a trailer for the film “The Riddle House,” a trailer that was produced — and delivered to the CPS stage — completely using the cloud.

Using the cloud, current artist tools can be virtualized in GPU-powered virtual machines, which are then fed directly into render managers. When shots are completed, everything can then be pulled together into cloud-based editorial workstations and asset managers.

“We’ve reached a point where all these tools are in the cloud, and functional,” Sloss added. “You can do practical work in a cloud environment.”