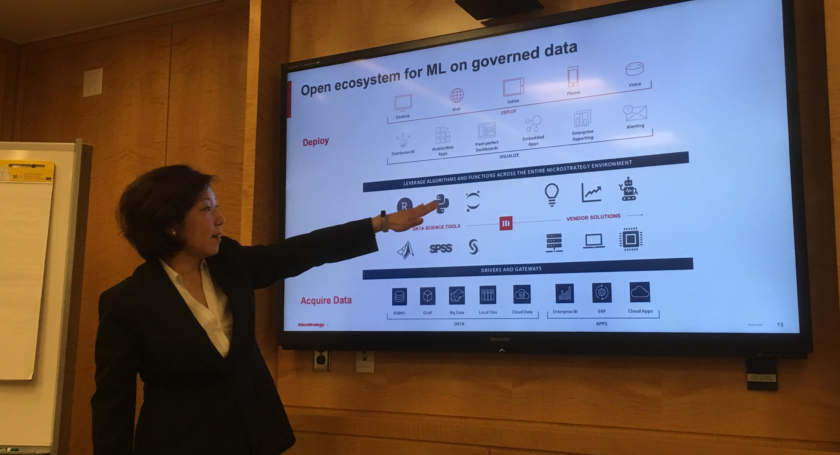 NEW YORK – Microsoft and MicroStrategy highlighted some of the advantages of using artificial intelligence (AI) and machine learning (ML) – as well as some of the lingering challenges to adopting them — May 15 at the MicroStrategy Symposium, held at Convene’s downtown Manhattan event venue in the Financial District.

As organizations increasingly undergo digital transformations, “the cloud and the things that people are doing in it has really exploded,” he said. That’s especially the case with the financial services sector, which is “really at a tipping point” now, he told attendees.

The latest technologies, meanwhile, are “fueling a transformative shift,” he said, pointing to AI as one major example. 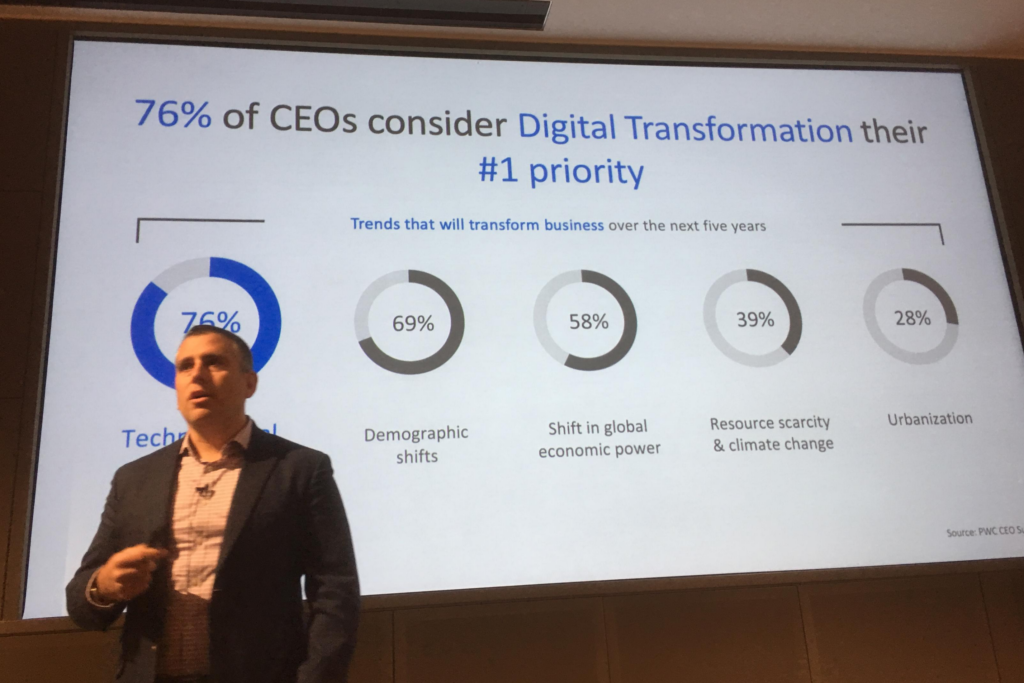 Triolo also pointed to his company’s partnership with MicroStrategy, saying the companies are helping organizations “make sense of the data across your organization, leverage data” and then “take action” to use that data effectively.

Microsoft’s AI is all about “empowerment,” he said, noting its AI empowers organizations to “transform” industries, developers to innovate and people to “transform” society.

Microsoft’s AI technology, meanwhile, has tremendous momentum, he said, noting: “We’re almost at human parity” when it comes to vision, speech and language, noting that was achieved with object recognition in 2016, speech recognition in 2017, and both machine reading comprehension of speech and machine translation of speech in 2018. “Our cognitive platforms actually help clients leverage those capabilities to become more efficient,” he told attendees.

Microsoft Azure AI has achieved customer success with many customers across multiple industries already, including Hewlett-Packard, Honeywell, retailers Lowe’s and Macy’s, and UPS, according to Triolo.

In a session later in the day called “Machine Learning with MicroStrategy,” Mingi Kim, senior sales engineer at MicroStrategy, pointed out that her company’s customers can combine governed analytics and data, ML tools and MicroStrategy’s platform to produce predictive data products that change how an organization is able to make data-driven decisions.

“The relevance of machine learning is rising steadily,” she said. But there continue to be several challenges to ML adoption, according to Kim. For one thing, “garbage in, garbage out,” she noted, explaining: “If you are making an algorithm or training an artificial intelligence model with poor data, the result and the conclusions you’re going to make are poor.”

In addition, “the promise of the data lake has led to the data swamp – where data is inaccessible to users,” she said. Only 15% of big data analytics investments “make it into production,” she noted, pointing to Gartner data.

Echoing a theme at the fall MicroStrategy Symposium in New York, she said, “AI is a game changer” that’s “valuable,” but “AI is not magical” and it can be tough to find success with the technology when “the data sucks.”

Organizations that have successfully evolved into AI-driven enterprises often have an open ecosystem that allows experimentation on important business problems with new tools and techniques, according to Kim. In addition, “continuous experimentation is vital because a 1% improvement in the accuracy of the prediction can lead to millions of dollars” on the bottom line, she said.

Companies must also have technical staff to develop predictive assets and a workforce to translate insights into decisions that impact the organization’s bottom line, according to Kim. But businesses are “having a hard time with hiring data scientists and then getting the fruits of their labor easily and making it count for the end users,” she said.