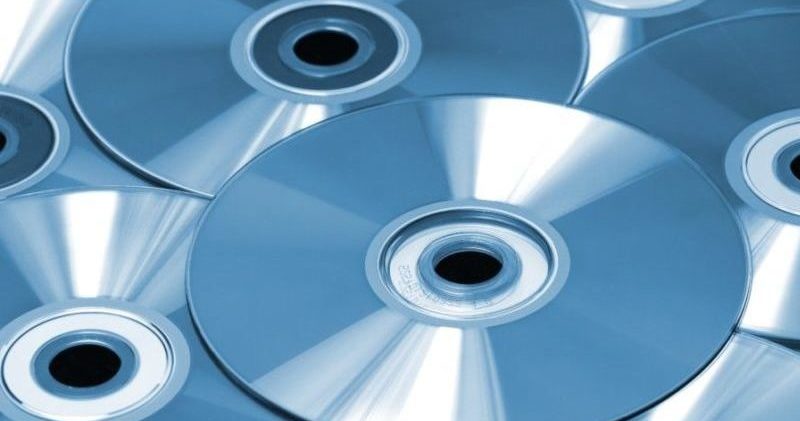 Mixed Signs for the Future of Movies, TV on Disc

Although streaming and other forms of electronic delivery of movies and TV shows continue to increasingly overtake packaged video sales, it remains likely that movies on UHD Blu-ray and other legacy optical disc formats won’t be entirely disappearing anytime soon, according to industry executives and analysts.

It’s easy to look at those results and point to the clear declines being seen in overall optical disc movie and TV show sales, especially when compared to the 24.33% jump in total digital movie and TV show sales in 2018 and the 27.63% rise seen for Q4. (DEG’s digital delivery data includes electronic sellthrough, video on demand and subscription streaming and its data for packaged video doesn’t break UHD Blu-ray out from other optical formats.)

But $4 billion in optical movie and TV show sales is still a significant amount of money that shows there are still many U.S. consumers buying traditional packaged video content.

Because of growing 4K TV sales, UHD Blu-ray “continues to have very positive take-up worldwide,” he said at the time. UHD Blu-ray software was seeing strong demand and sales were on track to reach an estimated $360 million in sales globally, he said, citing Futuresource.

UHD Blu-ray software sales soared 83% in 2018 from 2017, Matsuda said, adding sales were expected to increase a more modest 45% in 2018. Key factors driving the growth include the continuous release of all the latest major theatrical movies in the format, along with an increase in catalog, local/regional and episodic TV titles released on UHD Blu-ray, he said.

Since then, however, there were several ominous signs for UHD Blu-ray and packaged video to varying degrees of severity.

As total packaged video sales continued to shrink, Samsung and (of lesser volume significance) Oppo said they were no longer going to be making UHD Blu-ray players, Hollywood studios and UHD Blu-ray hardware makers remained mum on whether there were plans to create a new 8K UHD Blu-ray format to support the arrival of 8K TVs, and the quality of streamed audio took a significant step forward as Netflix and Dolby announced a new high-quality audio feature that was being made available to Netflix streaming subscribers.

The latter could end up eventually being the biggest problem for UHD Blu-ray because one of the main knocks on even the best streamed UHD Blu-ray video content has been the fact that UHD Blu-ray audio has long been considered significantly better.

“There’s not a heck of a lot of a future” for packaged optical disc video content, according to NPD analyst Stephen Baker, who predicted demand will eventually end up being akin to the demand seen for vinyl records. There will always be a niche market of consumers who perceive UHD Blu-ray to be superior to other options and will continue to buy software in the format, he predicted. But he said optical discs won’t go extinct tomorrow – “we’re talking about three years, five years” when that might happen and “it’s not going to just disappear.”

Despite the losses of Samsung and Oppo on the UHD Blu-ray hardware front, LG, Panasonic and Sony all committed to continued UHD Blu-ray hardware support this year, with the latter two even announcing new models – Sony’s touted by that company as a “premium” model for an “ultimate home cinema experience.”

There were 14 million 4K UHD Blu-ray player households in the U.S. in Q1, an increase of 63% over last year, according to DEG, which also reported the number of 4K UHD Blu-ray titles available on the market grew to 445 titles.

“Of course it was disappointing” that Samsung decided to stop introducing new UHD Blu-ray players, Michael Fidler, president of the UHD Alliance, told us. But he said Samsung’s current model will remain available and several other hardware makers continue to come out with new hardware. On the software front, “there’s still that enthusiast market out there that wants the best experience,” so they continue to buy UHD Blu-ray titles for that, he pointed out, adding studios are continuing to release movies in the format.

Meanwhile, 25% of overall Blu-ray hardware sales have continued to be UHD Blu-ray players globally, BDA’s Matsuda noted, adding the “key driver” for the demand continues to be the popularity of UHD TVs. But he too expressed disappointment about Samsung’s decision, saying: “As the Association goes, we certainly would like to see as many players – as many companies in the market as possible.”

DEG thinks “there will be a market for physical and digital media to coexist for the long term,” according to Amy Jo Smith, its president and CEO. “We think sometimes the need for convenience and flexibility make a digital version accessed from their cloud library consumers’ best option, and other times the desire for the best possible viewing experience requires 4K UHD Blu-ray Disc,” she said, adding: “Research and sales data confirm that consumers value multiple ways to consume movies and TV shows in the home, including the options to stream, rent, and collect.”

Of the individual major Hollywood movie studios we queried for this story about their UHD Blu-ray plans going forward, only Sony Pictures Home Entertainment (SPHE) responded by our deadline. Calling his company a “leader in the 4K Ultra HD market,” Jeremy Glassman, its director of brand marketing, said SPHE “consistently delivers premium product for the growing consumer base.”

The company had “over 80 4K UHD titles available” to date, including Venom and Oscar-winning Spider-Man: Into the Spider-Verse, “along with key library titles such as the commemorative 35thanniversary release of the original” Ghostbusters and the “fully remastered” version of Black Hawk Down, and more titles were planned by SPHE in the format, he said.