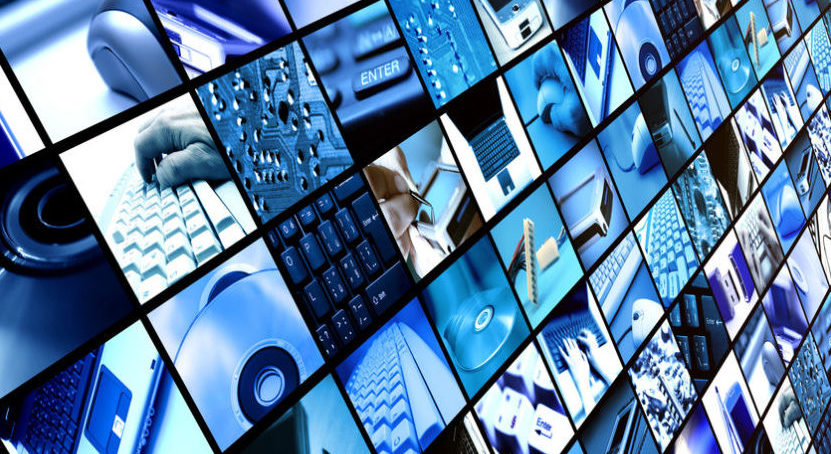 As the annual IBC event winds down in Amsterdam, several members of the Media & Entertainment Services Alliance (MESA) attending the show had news to share. Here’s what Dolby, Microsoft Azure, Technicolor and NAGRA had to share.

During IBC, Dolby announced that the first Dolby Cinema will be deployed in Russia, thanks to a partnership with cinema chain Kino OKKO. The Cinema Park Metropolis in Moscow will be the first to get the technology, which combines upgraded video tech Dolby Vision and studio grade sound tech Dolby Atmos.

“Dolby has a long history of working with the leading studios, directors and cinema industry professionals in order to offer film fans the very best cinematic experience” said Doug Darrow, SVP of the Dolby Cinema Business Group. “We’re looking forward to being able to bring uncompromised Dolby Cinema quality and innovation to the Russian market, and are very proud to enter the country with the United Cinema Chain Kino OKKO.”

Currently, there are 225 screens with Dolby Cinema worldwide, with a total of more than 400 committed to having the technology, to support the more than 250 movie titles that have Dolby Vision and Atmos.

“Cinema lovers have lacked a really exciting, immersive experience, that would allow them to feel as if they were in the movie themselves,” said Alexey Vasyasin, executive director of the Kino OKKO. “We are really excited that Dolby has selected our United Cinema Chain to introduce their Dolby Cinema concept in Russia. The difference in the movie viewing experience is going to be huge for Russian film fans.

“We will be able to offer a never-before-seen realism of image and sound and we’re confident that seeing a movie in any traditional cinema hall will seem very unremarkable for anyone after they’ve had a chance to experience the magic of Dolby Cinema.”

Also during IBC, Microsoft and The Walt Disney Studios announced a five-year partnership that will look for new ways to create, produce and distribute content using the Microsoft Azure cloud, with Microsoft becoming a partner in the Disney Studios StudioLAB tech hub ecosystem.

The companies will develop cloud-based solutions to accelerate innovation for the studio’s production and postproduction processes and workflows, in an endeavor dubbed “scene to screen.” The two are already working with media technology provider Avid on delivering new high-performance workflows via the cloud, including collaborative editing, archiving, production continuity and more.

“The cloud has reached a tipping point for the media industry, and it’s not surprising that The Walt Disney Studios, which has its heritage based on a passion for innovation and technology, is at the forefront of this transformation,” said Kate Johnson, president of Microsoft. “The combination of Azure’s hyperscale capacity, global distribution, and industry-leading storage and networking capabilities with Disney’s strong history of industry leadership unlocks new opportunity in the media and entertainment space and will power new ways to drive content and creativity at scale.

“With Azure as the platform cloud for content, we’re excited to work with the team at StudioLAB to continue to drive innovation across Disney’s broad portfolio of studios.”

Jamie Voris, CTO of The Walt Disney Studios, added: By moving many of our production and postproduction workflows to the cloud, we’re optimistic that we can create content more quickly and efficiently around the world. Through this innovation partnership with Microsoft, we’re able to streamline many of our processes so our talented filmmakers can focus on what they do best.”

“While NSPs have long owned and operated the networks and customer premises equipment (CPE) that deliver advertising messages to consumers’ homes, operators have largely been left out of the revenue that is generated,” he said. “We have partnered with Technicolor — one of the world’s largest set-top boxes (STBs) manufacturers — to create hoppr TV software for STBs. Working through the Technicolor Hero Program of strategic partners, we have integrated hoppr TV into the Android TV operating system that powers Technicolor STBs.”

By deploying Technicolor STBs with installed hoppr software installed, NSPs will be able to provide advertisers with highly customized and targeted advertising opportunities, by delivering ad content direct to customers’ STBs. Real-time reporting and analytics come with the bargain as well.

“The beauty of this solution is that we can take advantage of the developments in the digital advertising space, where most of the process has been automated. The integrated hoppr and Technicolor solution eliminates a lot of the complex processes associated with placing advertisements into the market,” Gelavis said.

“Reducing complexity and optimizing costs is critical to enabling the massive rollout of IoT devices we are seeing across different industries. But this must be done while increasing security, starting with the device itself. By working with Deutsche Telekom and nuSIM partners, we make IoT simple and secure so companies can bring solutions to market more quickly and economically,” said Jean-Michel Puiatti, SVP of IoT security for Kudelski.

Stefan Kaliner, head of UICC Development at Deutsche Telekom, added: “Deutsche Telekom is pleased to work with the Kudelski Group and other industry-leading partners to make nuSIM a reality. Together, we are creating technology innovations that are enabling IoT devices and applications to be delivered cost-effectively at scale. By embedding Kudelski’s proven security solution that protects a wide variety of IoT use cases, we are increasing the value that nuSIM provides to our joint customers even more.”