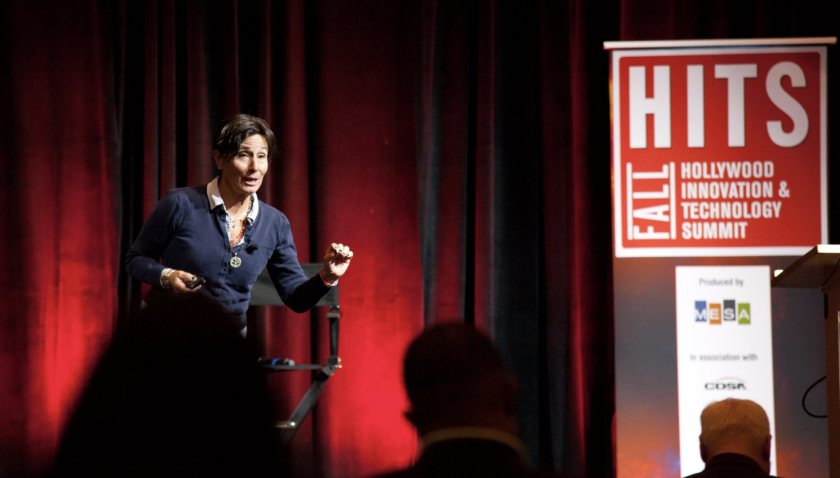 HITS Fall: Tech Can Only Take You So Far, Keynoter Says

LOS ANGELES — During her 16 years between Fox and ABC as a head of development, Cheryl Bayer helped develop popular shows like “Malcolm in the Middle,” “Sex in the City,” “Home Improvement” and dozens more. And with each she took the tact of looking at what the viewer wants and needs from their entertainment.

“It’s a privilege when you’re invited into someone’s home,” she said, speaking Oct. 3 during a keynote presentation at HITS Fall. “You need to take the time to get to know who they are.”

Bayer, now the CEO of augmented reality media company Living Popups, has carried that idea on with all of its projects.

Her company is centered around combining both entertainment with technology, and knowing the audience for each product. Each Living Popups AR release is designed to be meaningful, by utilizing user experience principles, and are always practical and impactful, Bayer said. “To create valuable AR, we feel it’s important to understand human emotions, and approach each project with the mindset that it is privilege to be a part of a viewer’s world,” she said.

But while she’s shifted to a company where technology is massively involved, the value proposition still revolves around the personal touch. “We are humans are we are flawed and fabulous. And guess what? So is our technology,” she said. “Technology is part of our recipe, but it’s not the whole enchilada.”

Her presentation discussed a viewer’s emotional quotient as a key ingredient that should be added to the feedback and analysis of any storytelling that includes a technology element. Her message to HITS attendees was that technology, no matter your business, will only take you so far. “[You] can make it valuable if you’re mindful,” Bayer said. “But most people are throwing spaghetti against the wall.”

And her motto is one she wishes more people in media and entertainment would adopt: “Say what you mean, mean what you say, and most importantly, don’t say it mean.”