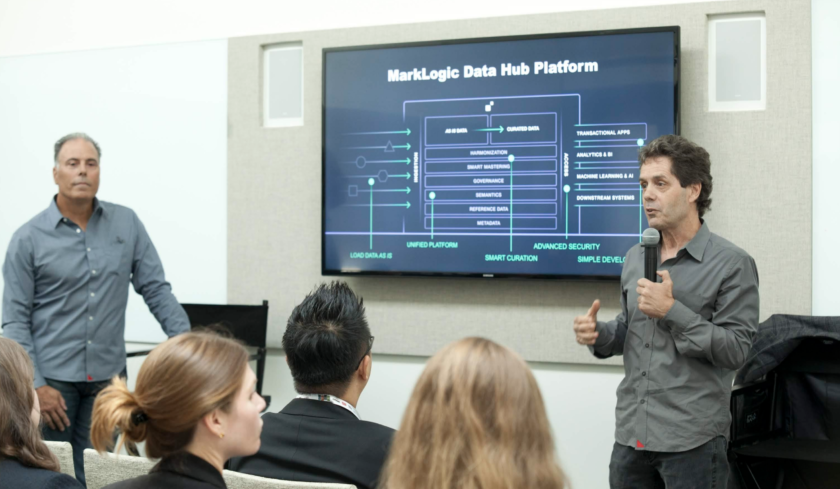 Getting value from data is a top priority for entertainment companies and having an effective data governance strategy plays a key role in accomplishing that mission, according to Tim Padilla, consulting director at MarkLogic.

“Data is what we need” and it’s the “most important thing that we do” because it plays a key role in the ability to deliver great experiences, he said Oct. 3 during a breakout presentation called “You’re Doing it Wrong! Why Data Governance Currently Sucks and What You Can Do About It” at the HITS Fall event.

Padilla shared his insights into the difficulties in getting value from data for entertainment firms. Knowing where your data comes from, and how to monetize it for every screen, requires data governance, and that’s something many Hollywood companies still have difficulty delivering effectively, he noted.

Padilla — first with his work at Warner Bros. and then as an industry consultant — has helped organizations take a different approach and, during the session, he covered the traps awaiting those in the industry as they look to put their data into action.

There are “challenges around legacy technology” and several reasons why it’s just “not really a great fit for today’s initiatives,” he said at the start of the presentation.

IT initiatives are “still too difficult [and] take too much time to return value,” while “legacy/rigid technology is not always the right tool for the job,” he told attendees. Technology, meanwhile, “either increases or decreases the need for organizational governance and work and other things that go into it,” he said.

So, he asked attendees: “Wouldn’t it be nice if there was another way?” After all, he pointed out, “You’re either going to adapt or you’re going to die.” That’s a “generalized quote but it’s true and the way that you adapt is you use your data” effectively from many different places, bring it all together and use it to “enhance your experiences,” he said.

But the data you need is “often still stuck in a silo” within your organization and so you need to take all the data and, in general, “bring it together,” he said. That may be easier said than done. After all, “change is difficult and costly” and takes a while also, he noted.

When it comes to data integration, organizations in many cases will either have to decide if they want to feel the pain now or later, according to Padilla. Feeling the pain now means building a “perfect model” in which you transform, clean and try to govern all the data along the way, he said. When you feel the pain later, you’ve got to throw a lot of it away because it just won’t all fit, he warned.

What’s needed it to have all of an organization’s data in one place, for each of its businesses and stakeholders to be able to communicate with their customers in the same language, to have a tool that’s “inherently agile,” and to relieve the organizational challenge and effort of governance, according to Padilla.

MarkLogic platform’s benefits include the fact that it’s easy to enter all your data and that it then does a lot of the work for you, he explained, adding it also takes advantage of artificial intelligence and machine learning.

Michael Malgeri, principal technologist at MarkLogic, then gave a demo of MarkLogic’s Data Hub service, and the two further explained how the company’s platform can help entertainment companies achieve their data goals.

MarkLogic’s platform is the right system to handle data because it employs flexible technology, takes a data-first and centric approach, follows agile and rapid delivery, accelerates time-to-value, and removes the burdens and stigma of governance, according to the company.