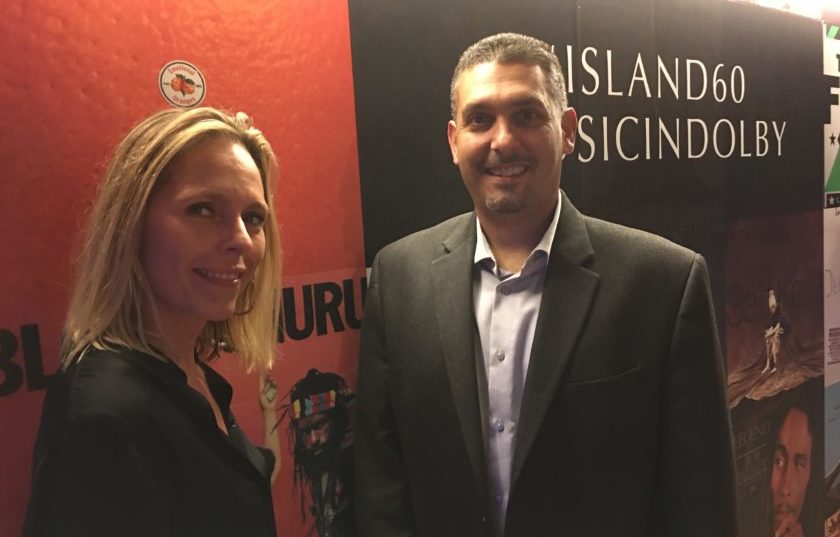 Avid and Dolby touted their partnership at AES New York 2019, showcasing the enhanced use of Dolby Atmos immersive sound technology in the latest version of Avid’s Pro Tools software.

Among the several standout new features of Pro Tools 2019, announced at the show Oct. 16, is its improved Dolby Atmos ‘in the box’ mixing workflows and the ability to deliver multiple mixes in a single file, Avid said.

With full Core Audio support of the Dolby Audio Bridge, users can now send about 130 channels from Pro Tools (up from 32) to the Dolby Atmos Renderer, simplifying Dolby Atmos ‘in the box’ mixing and playback workflows with Pro Tools | HDX and other Core Audio devices, Avid said. Users can also deliver multiple mixes in a single WAV file for easier delivery of localized mixes to streaming services, it noted.

The Dolby Atmos Production Suite is now being utilized “more efficiently,” Rob D’Amico, director of product marketing for Audio & Video Solutions at Avid, told the Media & Entertainment Services Alliance (MESA) at AES New York. As a result, now “you can actually mix Dolby ‘in the box’ without any extra hardware by us now enabling” about 130 channels of audio to be sent to the Dolby Atmos Production Suite for rendering, he explained. You can then monitor it live using HDX, he said, adding it “reduces a lot of complexities that you would have had to” deal with in the past.

The enhanced Atmos functionality was part of the required specifications for Pro Tools to join the Netflix Post Technology Alliance (PTA), which Avid’s Media Composer video editing software joined earlier this year, he pointed out. Avid now, “as a whole, provides end-to-end workflow solutions that adheres to Netflix specifications,” he added, noting Pro Tools was the first digital audio workstation to satisfy the Netflix PTA requirements. Pro Tools 2019 will be released in late October, he said.

Although Dolby didn’t have its own booth at AES New York, its technology was easy to find at locations that included Avid’s Partner Pavilion on the show floor.

Avid and Dolby also touted their partnership during the show at a party celebrating the 60th anniversary of Island Records. It was held at Dolby SoHo, the company’s recently opened experiential space, and Dolby also conducted private listening sessions there featuring some recent music tracks from artists including Bob Markey and U2 that were mixed in Atmos.

“For us, it’s really about the workflow,” according to Christine Thomas, senior director of music partnerships at Dolby. “It’s about enabling the ecosystem from the beginning” and then “throughout the consumer experience,” she told MESA at the Dolby SoHo event.

Dolby’s technology is designed to “ensure” that content creators, including music labels and the studios, can provide experiences to consumers that are what the content creators intended, she said. Partners including Avid then “make that possible,” she said.  Record labels and studios “have been approaching us,” she said, noting the music industry has followed the theatrical film and TV industries in embracing Atmos. So far, Dolby has a “deep and broad relationship with Universal Music, but also works with” major artists including Alicia Keys and Perry Farrell, along with other top artists and producers, she said, adding we should “stay tuned” for news on the music front.