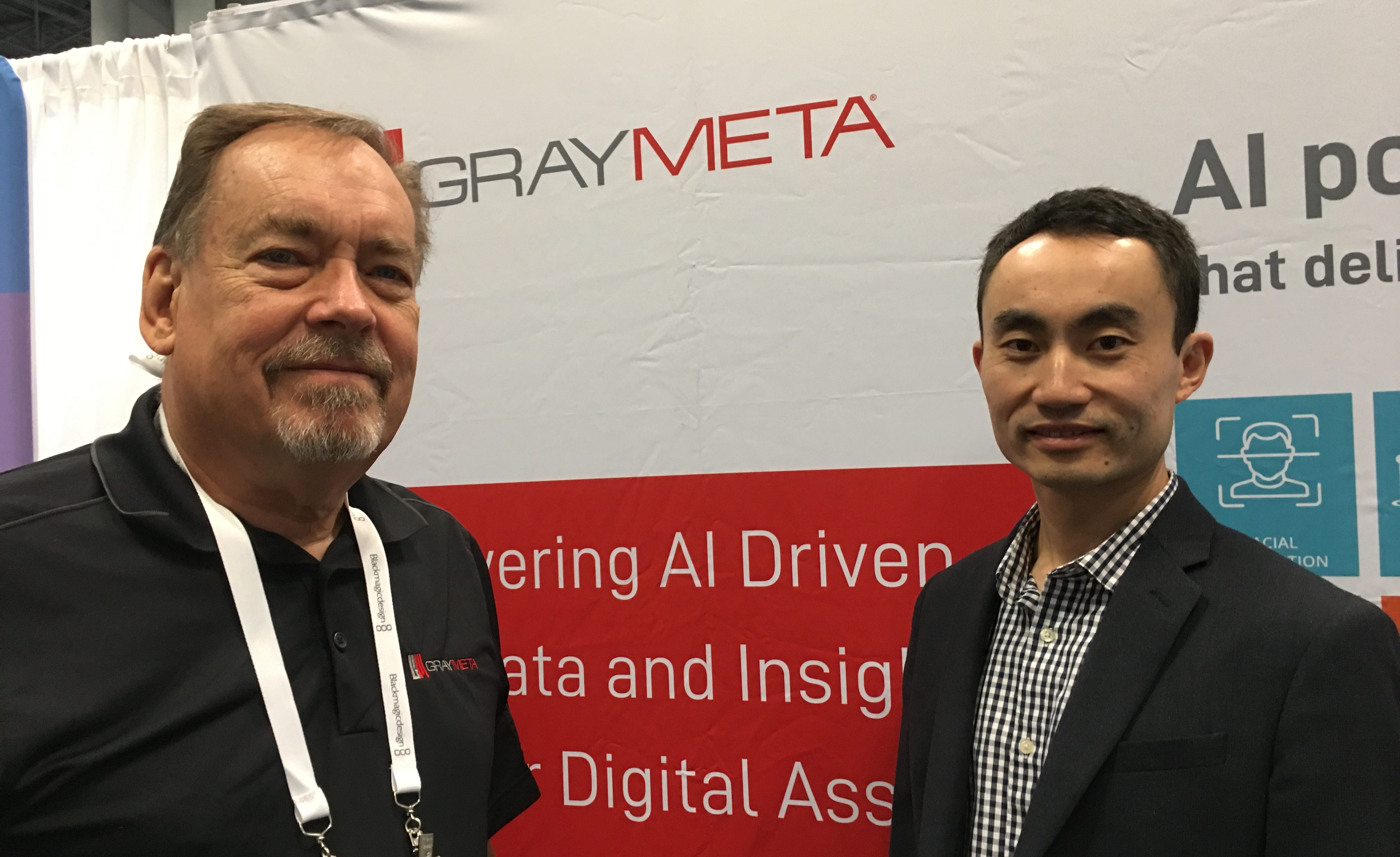 Iris was selected because it’s easy to use, is a “very neutral reference player” and “supports all the major formats – advanced codecs – that’s available today,” including Dolby Atmos, John Ying, SVP pf product management at GrayMeta, noted at the show. Testronic will “leverage… not only the Iris QC platform, but also getting additional metadata into it,” he told MESA.

At IBC, GrayMeta announced that it integrated time-based metadata into its Iris Media Platform, increasing media supply chain efficiencies for customers. Noting that the Iris Media Platform has become the industry leading reference QC and playback solution, used by broadcasters and studios around the world, the integration of time-based metadata means QC teams are now able to more efficiently view, create and modify accurate media asset metadata, it said at the time. The additional metadata allows users to increase the speed for content QC, it said.

“We are integrating our products together to bring metadata into our QC platform to really supercharge the QC [and] QA workflow,” Ying pointed out at NAB Show New York.

Of current industry trends, he said: “Customers are looking to create efficiency using” artificial intelligence (AI) models. Some folks believe computers “will take over all our jobs” and we’ll “get a universal income and be done with it – the machine will do our work,” he said, but added: “In reality, AI is not out there yet…. People are still needed. So, what we can do is really allow customers… to leverage the power of AI to increase efficiency and expand their capacity.”

With the massive “proliferation of content these days, manual QC – manual anything – is no longer scalable,” he said. You have hundreds of thousands of hours of video content generated every month, and you just can’t afford to have people watching and tagging” all the video clips all day, he noted.

When Microsoft looks at media and entertainment, there are “three big buckets,” Scott Bounds, its U.S. Media & Cable Industry lead, said during a conference session called “Inspiring Creativity and Collaboration: Empowering Your Creative Teams with Microsoft Azure.” They are the needs to inspire creativity and collaboration, optimize the digital media supply chain, and engage and monetize audiences, he said.

Fostering a culture of creativity and collaboration while reducing friction and increasing productivity in the creative process is the foundation of success for any M&E organization. And it’s important for M&E companies to “bring your teams together and really build that content,” especially now when teams are “dispersed around the world,” Bounds said.

Azure can empower creative teams to produce higher quality, more innovative content because it provides cloud production with a scalable, managed and secure solution featuring the leading editing solutions, according to Microsoft. Azure is now in 54 regions and is compatible with 90+ compliance standards, it said.

The company also touted Crispin integration with Sony’s Media Backbone NavigatorX that the company said offers a new and improved tool for viewing and prepping content on one’s network. Although Crispin has long offered a Web tool for proxy view and prep for an on-air schedule, it’s now taking that one step further, it said ahead of the show. “By integrating with NavigatorX, we are opening up more possibilities for your ever-changing needs,” it said at the Crispin website. 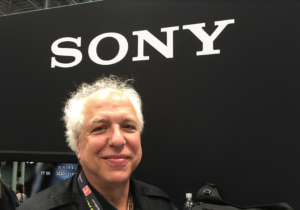 Crispin was getting “really good feedback” to its products and services at NAB Show New York, Hopkins told MESA. One customer pointed out to Crispin that it had “just been struggling to find a really quick way of getting material into their system, getting the metadata…attached to that clip and then exporting it out to the Web, and that’s exactly what NavX can do,” she said.

Echoing other industry executives we interviewed at the show, she said her company’s seeing “a real interest in going to the cloud” now among organizations, but “what’s hindering people from doing that is the cost of the cloud right now.” Virtual machine (VM) systems present an option to companies – “an option that some of our customers are definitely looking into and we have customers running our software – old software and new software – on VM,” she said, adding it’s a hybrid alternative that “kind of bridges the gap between the standard on-prem and having a bunch of computers” vs. “moving in the direction they want to go to,” in the cloud. “Just getting off heavy metal” is what many companies are looking to do in general, she said.

“The trend towards larger imagers grows” amid strong demand for “control over depth of field,” he told MESA. Meanwhile, Sony is “excelling in the land of lens technology” with its G Master series of lenses, he said.

Wasabi’s hot cloud storage service continues to grow significantly, Whit Jackson, VP of media and entertainment at Wasabi Technologies, told MESA at the show, pointing out it now has more than 10,000 paying customers – “probably almost three times as many customers as a year ago this time.”

The company just opened a second U.S. east data center, in Manassas, Virginia, boosting the number of its operating data centers to four, he said. It already had another location in Virginia, along with one each in Oregon and Amsterdam, in Europe, its only one outside the U.S. so far, he noted. About 60% of its business is probably in the U.S. now, compared to about 30% in Europe and 10% elsewhere, he added. 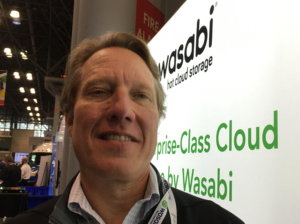 “So, business is just growing rapidly, and we need the additional space,” he said, noting Wasabi’s also expanding to new regions. He pointed to Wasabi’s recent announcement that NTT DOCOMO Ventures invested in the company as part of its growing portfolio of cloud technologies that are expected to play a crucial role in the future growth of AI, the Internet of Things (IoT), Big Data and digital government services. Wasabi and NTT Communications also jointly announced  Wasabi’s hot cloud storage became part of NTT’s Enterprise Cloud service offering beginning in October, with availability in the U.S., EMEA and APAC regions.

“As part of that relationship, we’re building a data center in Tokyo that’ll open right around the end of the year,” Jackson told MESA, adding: “That’ll be our first footprint is Asia.” The company has been seeing “a lot of demand coming out of the APAC region,” he noted. Meanwhile, NTT is “selling more cloud services all the time and wanted to sell a cloud storage service and we will be their partner for that,” he said.

Up next: “Quite likely, we’ll be adding a second European data center sometime in 2020” for benefits including faster delivery of content and reduced latency, he told MESA, noting the exact location wasn’t decided just yet. It’s also considering a data center in Canada after that, he said, adding that although it’s seeing some business in Latin America, a data center south of the U.S. will likely only be considered further down the road.