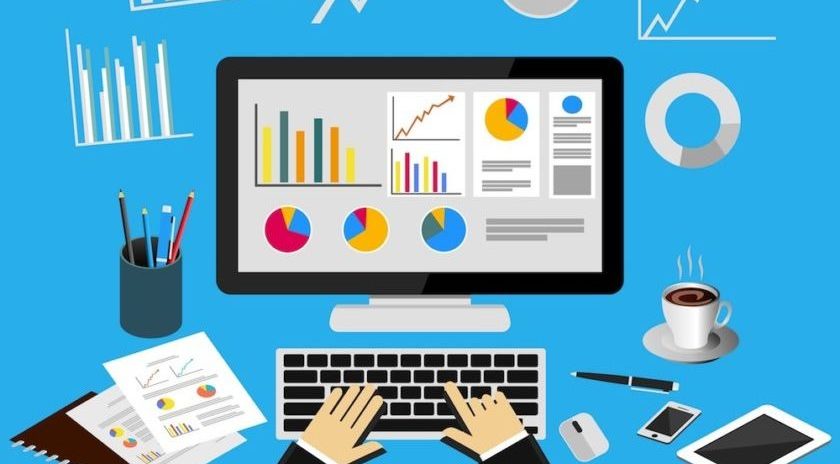 As businesses continue to navigate through the current uncertain landscape that has been created by the coronavirus pandemic, now would be a great time for companies – even rivals – to share information about best practices that could help everybody, according to famed entrepreneur and investor Mark Cuban and Marie Rosecrans, Salesforce SVP of small- and medium-sized business (SMB) marketing.

“This is really an opportunity for companies to gather with their competitors and share information around [their] best practices,” Rosecrans said April 8 during Salesforce’s live online broadcast “Stories of Resilience: A Conversation with Mark Cuban.”

After all, she said: “We all want to keep our employees, our communities safe, so let’s cooperate with one another and share this information.”

She and Cuban agreed that now is a great time for companies to also plan for the future, so that when the pandemic crisis is mitigated and everybody starts gathering in public again, they will be ready to not only operate, but do so in a way that recognizes people may have new expectations as a result of what we are going through right now.

For example, if you operate a restaurant, it is going to be essential for you to figure out “how to keep it spotless and germ-free,” according to Cuban, who is a co-owner of 2929 Entertainment, owner of the National Basketball Association’s Dallas Mavericks and a judge on the TV show “Shark Tank” on ABC. “Now is the time to work on that while everything is closed,” he said. Social distancing will also probably continue to some degree, so you might also want to think “how can you redesign the outlay of your restaurant” to keep people separate more than they used to, he said, noting artificial intelligence (AI) might be able to help on a new configuration.

Similarly, when people attend a Mavericks game at American Airlines Center, they might want to know how many people have used a certain seat. “We’re looking at putting together a labeling system that allows people just to look at a label” and even figure out when the last time a bench in front of the arena was cleaned, Cuban said. Also, “we’re looking at” an augmented reality (AR) app that will allow people to point their mobile devices at a seat and be able to know the last time it was cleaned, he noted.

There will be a similar challenge at a Salesforce conference room when everybody returns to work at their offices, he pointed out.

Rosecrans agreed, saying: “Our real estate team is already thinking about not only conference rooms, but even elevators” and how they will be managed after the pandemic.

It would be useful if “Salesforce publishes that information or works with other large employers to set standards and open sources that information [so] that everybody benefits,” Cuban said in response. That could also be used for “brand enhancement during [these] trying times,” he noted.

Cuban went on to relate it to a widely-known challenge we are experiencing in the U.S. now, where there is a shortage of personal protective equipment (PPE). “Just imagine if all the PPE manufacturers who understand the supply chain, who understand supply and demand better than anybody, had been more vocally transparent and supportive of each other. We wouldn’t have that black market” for PPE now, he said. If all the companies start working together on those related challenges, if the coronavirus returns again at a later time, they “would already have a game plan and … know what to do” to solve the crisis, he said.

Another big challenge that many organizations face right now is crafting the right messaging and marketing around their products and services during this pandemic, especially when nobody is buying those products and services right now. “It’s going to be a while most likely until we play an NBA game in front of fans because none of us are going to allow players, our employees or our customers/fans to come into an arena until the doctors and scientists – forget the politicians … tell us that it’s safe,” Cuban pointed out. 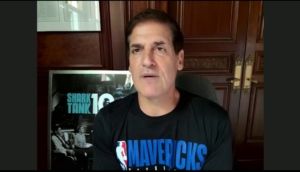 There may come a point when NBA teams can start playing games that can only be viewed on TV, he noted. At that point, the challenge will be how to adapt signage at the arena so that it is geared towards just the TV audience, he said. For example, it may be possible to “create a huge billboard-like environment that covers” the seats that can advertise Salesforce, for example, in one area of the screen during one part of the game and then change the ads during commercial breaks, he noted.

After all, “being innovative and trying to come up with new ideas – that’s how you’re going to get new types of business,” he said, adding: “We’re dealing with a new abnormal and so you’re going to have to be really creative.” It might also be a great time for organizations to try to reach out to new demographics now, he noted.

“We need sports,” Cuban said, adding: “We want something to root for. We want something to get excited about. And so every professional sports league is trying to understand when it’ll be safe enough and how to create a safe environment so that we can play again.”