Veritone announced the findings of a new research study on the effectiveness of broadcast advertising campaigns, which reveal the critical role that AI plays in optimizing broadcast ad performance.

The inaugural report — Veritone Uplift Study: Attribution Insights and Strategies to Deliver Effective Broadcast Advertising Campaigns — is based on a 15-month analysis of more than 250 local and national campaigns across 100 television and radio stations in the U.S. and Canada. The study, intended to provide campaign and creative tips to increase website lift and new customers, found that live reads, organic mentions and visual integration vastly improve campaign performance and outperform prerecorded spots by more than double — but most radio and TV stations aren’t able to automatically and accurately measure in-content live reads and organic mentions.

“Whether you’re a broadcaster or an advertiser, the inability to measure live ad reads and organic brand mentions in near real-time means you can’t fully maximize the value and effectiveness of a campaign,” said Ryan Steelberg, president of Veritone. “This is where AI plays a critical role. By providing broadcasters and advertisers the capability and data they need to quantify an ad campaign’s success and measure lift in real-time, AI becomes a game changer, elevating the value of the dynamic broadcast advertising business.” 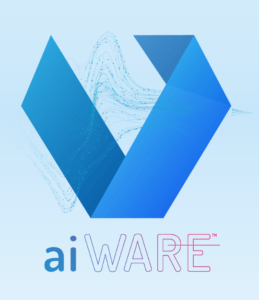 Key findings from the study include:

–The average campaign lift, or measurement of an advertisement’s impact on website traffic, across the 250 broadcast advertising campaigns evaluated was 6.6%. When compared with the average clickthrough rate of leading digital tactics –– like display ads (0.64%), Facebook ads (0.90%) and email marketing (2.6%) –– this result shows that broadcast advertising can outperform digital advertising in driving traffic to advertisers’ websites.
–Shorter spot lengths (those under 10 seconds) were nearly four times more likely to drive lift than longer 60-second spots. Shorter ads increase brand recall and ensure that listeners capture all necessary information in the spot, especially the web call to action.
–Time matters. Morning and midday spots generated the most lift during the day, and midweek spots –– especially on Thursdays –– performed best during the week. Mid-month was the sweet spot for maximizing lift, as weeks two and three saw higher lift than the first and last weeks of the month.
–Live reads were two times more effective at driving responses than prerecorded spots –– particularly in large markets, where live reads were 12 times more effective than those in medium markets, and during midday, when live reads were three times more effective in generating lift than prerecorded spots.
–COVID-19, which was in full effect in Q2, showed no negative impact thus far on broadcast advertising performance. In fact, Veritone’s analysis saw an average campaign lift of 6.5% for both Q1 and Q2 of 2020.

The report is based on a 15-month analysis of aggregated data from Veritone Attribute, concluding in June 2020. Veritone leveraged Alteryx with Veritone’s aiWARE to enable the use of Intelligent Process Automation (IPA) to build the analytical model into a simple yet powerful workflow to complete the analysis.