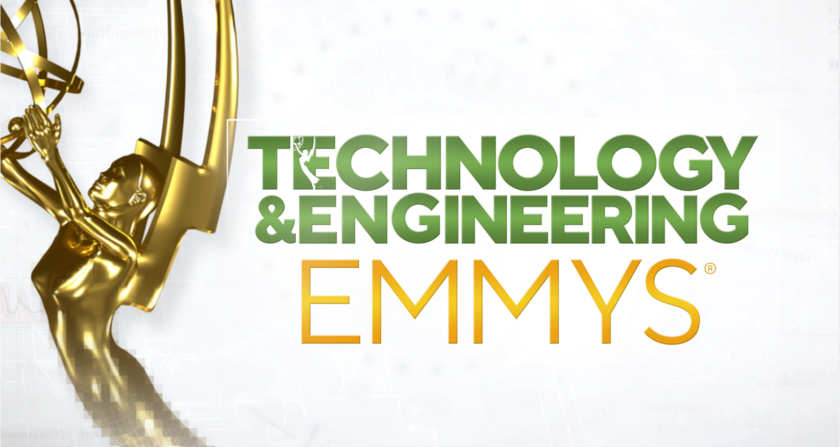 “The Technology & Engineering Emmy Award was the first Emmy Award issued in 1949 and it laid the groundwork for all the other Emmys to come,” said Adam Sharp, CEO and president of NATAS. “We are extremely happy about honoring these prestigious companies, again in partnership with NAB, where the intersection of innovation, technology and excitement in the future of television can be found.”

Awarded to individuals, companies and scientific or technical organizations, the Technology & Engineering Emmy Awards are given for improvements to existing methods or new innovations in television development.

Dolby was honored In the category of “Dynamic Metadata for Optimal HDR and WCG Color Volume Mapping,” a nod to how high-dynamic range (HDR) has changed how consumers experience films and TV shows both at home and on the go. The award recognizes Dolby’s innovations in HDR dynamic metadata and WCG, enabling advanced HDR solutions like Dolby Vision to consistently deliver the best possible imaging experiences across consumer devices.

“Over a decade ago, we set out to transform entertainment through advancements in HDR. These innovations, brought to life as Dolby Vision, provide creatives the tools to tell their stories as they were imagined while allowing consumers to experience these stories in the best quality possible,” said Giles Baker, SVP of consumer entertainment for Dolby. “We are honored and humbled to be recognized by The National Academy of Television Arts & Sciences for these contributions, which have pushed picture quality forward by leaps and bounds.”

In the category of “Content Delivery Networks” Akamai won its Emmy for “excellence in engineering creativity” for its work on CDN, as a means to address the challenge of congestion on the internet.

“Akamai receiving an Emmy Award is an extraordinary honor and a testament to the relentless work and passion of countless people who helped make delivering television over the internet a reality,” said Tom Leighton, Akamai CEO and co-founder. “Recognizing CDNs with one of the television industry’s highest accolades shows how much this technology has evolved, to where watching TV over the internet is the same and often better experience as watching over the air, via satellite or through cable. This was never more evident than in 2020, when hundreds of millions of people around the world, under strict COVID-19 isolation and distancing protocols, turned to their favorite streaming services for important news and entertainment. CDN technology proved vital to helping those services withstand the sudden and massive spike in user traffic while continuing to deliver their content without interruption.”

“When we started Akamai as a project in my office at MIT, the notion of streaming TV shows, films and live sports to broadcast-scale audiences at HD — and now 4K quality — was a dream,” Leighton said. “It is now a reality. But this is just the beginning; we still have a tremendous runway ahead of us to revolutionize how television is delivered and consumed.”