The Women in Cinema collection on Film Festival Flix is comprised of seventeen critically-acclaimed and award-winning films: written, directed, and/or otherwise created by female-led filmmaking teams. In honor of Women’s History Month, the titles are available now to rent and stream on demand.

It’s well-known in Hollywood that the only female director ever to win an Academy Award is Kathryn Bigelow (The Hurt Locker, 2009). Only five women have, in the Academy’s 91-year history, ever been nominated for Best Director.

And while 2021 looks like it may the year that Regina King and Chloé Zhao change those statistics for the better, women’s contributions in the cinematic arts are still woefully under-recognized, and opportunities to make those contributions are disproportionately scarce when compared with those made available to men.

According to the September 2020 USC Annenberg Inclusion Initiative, on the 100 top-grossing films of 2019, women represented: 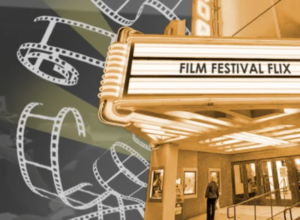 While there is still disparity, there is also hope. And the best way to empower the future work of female creators in the film and TV industry is to watch their films—and talk about them.

Anna Odell’s “The Reunion” has a 100% rating on Rotten Tomatoes, and Calum Marsh of Film.com calls Odell “a perceptive director, a magnetic star, and a fascinating subject.”

Oakley Anderson-Moore’s “Brave New Wild” was heralded as an immediate outdoor classic upon its Festival debut.

These titles, and the rest of the Women in Cinema lineup, can be rented to stream on demand from Film Festival Flix throughout the month of March in the platform’s Festival Boutique.

After that, they’ll remain available in the website’s plentiful library as a part of the MouseTrap Films Collection.