This official awards program recognizes the most significant and promising new products and technologies showcased by corporate partners of the NAB Show, the leading marketplace for media and entertainment technologies. 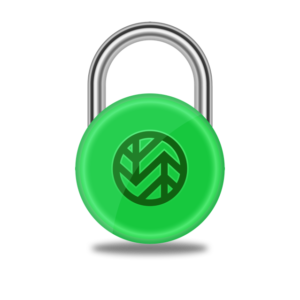 Object Lock, natively available through Wasabi, delivers a new level of data protection for the industry, which is at increased risk for ransomware attacks and other data-related catastrophes due to its fast-paced nature, highly-coveted digital assets, and large budgets. This added layer of protection allows a user to designate certain files or “objects” to be immutable, meaning they cannot be altered or deleted by anyone – including cyber attackers – until a set retention period has expired. Object Lock removes the perceived vulnerability of ransomware, accidental deletion, and other threats faced by M&E firms while keeping the integrity of the data, and having the data readily available and instantly accessible at a price that is 80% less expensive and faster than the competition with no fees for egress or API requests.

NAB Show Product of the Year Award Winners were selected by a panel of industry experts in 16 categories and announced in a live awards ceremony on NAB Amplify on November 3. To be eligible for an award, nominated products had to come from companies scheduled to exhibit in either the 2020 or 2021 NAB Show and are delivered within the 2021 calendar year.

“Nominees like Wasabi are revolutionizing the way people experience media and entertainment,” said NAB Executive Vice President of Conventions and Business Operations Chris Brown. “The 2021 NAB Show Product of the Year Awards highlight the best of what’s new and celebrates the breakthroughs and advancements within the content industry.”

“Few industries store as much data as media and entertainment, given the sheer amount of video content being produced at higher definition than ever before, in addition to multi-million dollar productions being kept on track,” said David Friend, CEO and Co-Founder of Wasabi. “M&E firms need the fail-safe backup strategy provided by Object Lock that ensures they can rapidly retrieve media work when things go wrong, effectively recover from attacks, and protect the bottom line.”