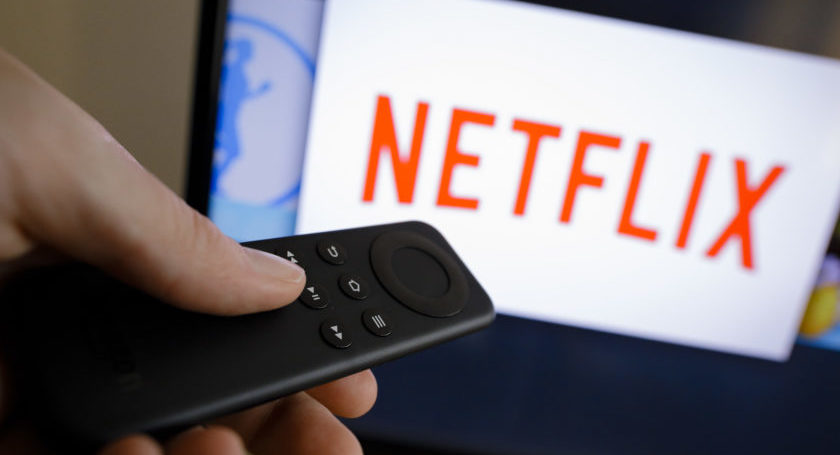 Netflix to Roll Out Cheaper, Ad-Supported Plan Early Next Year in ‘Handful of Markets’

The new, lower-priced, ad-supported streaming plan that Netflix plans to introduce early next year will “likely start in a handful of markets where advertising spend is significant,” the company said July 19, in its letter to shareholders for the second quarter ended June 30.

Netflix shares were up over 6% at 3 pm ET July 20 after the company reported that it lost about 970,000 subscribers in Q2 instead of the 2 million it had projected.

“Like most of our new initiatives, our intention is to roll it out, listen and learn, and iterate quickly to improve the offering,” Netflix said in the letter about its new, ad-supported plan.

The company’s advertising business “in a few years will likely look quite different than what it looks like on day one,” according to Netflix. “Over time, our hope is to create a better-than-linear-TV advertisement model that’s more seamless and relevant for consumers, and more effective for our advertising partners,” Netflix said.

The company conceded it “will take some time to grow our member base for the ad tier and the associated ad revenues.” However, “over the long run, we think advertising can enable substantial incremental membership (through lower prices) and profit growth (through ad revenues),” it said.

The lower-priced, ad-supported offering “will complement our existing plans, which will remain ad-free,” it said. Because the company’s global annual revenue per membership (ARM) has grown at a 5% compound annual rate from 2013 to 2021, it “makes sense now to give consumers a choice for a lower priced option with advertisements, if they desire it,” according to Netflix.

The company recently announced Microsoft will be its technology and sales partner. Microsoft is “investing heavily to expand their multi-billion advertising business into premium television video, and we are thrilled to be working with such a strong global partner,” according to Netflix.

On the company’s quarterly earnings video webcast, Greg Peters, its COO and chief product officer, said: “All of the ads that are served on our ad-supported offering will come through Microsoft. So that’s an exclusive arrangement with them.”

Explaining why Netflix selected Microsoft, he said: “They’ve got a technical capacity which is complementary to ours, a go-to-market capacity, which we need to leverage, and it will be very important for us. But a key component of what we liked about this partnership was that there was sort of a flexibility” in the planned “innovation orientation” that he said will be supported. “We’ve got lots of flexibility to work together there and evolve that over time,” he said.

Netflix is “going to take an iterative approach” with the ad-supported plan, he also said.

“This is what we call the Crawl, Walk, Run model,” he said, explaining: “At the beginning, it will look what you’re familiar with. But, over time, we think there’s a tremendous opportunity to leverage that innovation DNA that we have as well as a bunch of sort of enabling characteristics around addressability and measurability and things like that to … provide an incredible experience for consumers, those who choose to take the ad-supported offering, but also provide an incredible experience for brands and advertisers who want to work with us to make sure that we’re doing a good job of elevating what that looks like for them.”

There are a “bunch of inquiry lines of innovation that we’re going after that sort of support all of that piece, and I think we’ll get into that iteratively as we go,” according to Peters. “But I think when you look at the scale of our offering, the technical DNA we have, the partners that we’ve got lined up, I’m pretty optimistic that over a couple of years, we can deliver an experience which is fundamentally different from the ad experience on linear in a way that supports all of the stakeholders,” he said.

The ad-supported plan comes after a period in which Netflix has shown it’s not immune to the growing competition being provided by a growing number of over-the-top (OTT) streaming video service providers. Recent Netflix subscription price increases also led to some higher than usual member churn, Peters said.

Netflix also has faced additional “headwinds” from macroeconomic factors like higher inflation as well as the invasion of the Ukraine,” according to CFO Spencer Neumann.

In addition to introducing the lower-priced plan, Netflix plans to start cracking down on the large number of non-paying viewers who have been sharing accounts with members.

“We’re in the early stages of working to monetize the 100m+ households that are currently enjoying, but not directly paying for, Netflix,” the company said in its shareholders letter. “We know this will be a change for our members. As such, we have launched two different approaches in Latin America to learn more,” it said, adding: “Our goal is to find an easy-to-use paid sharing offering that we believe works for our members and our business that we can roll out in 2023. We’re encouraged by our early learnings and ability to convert consumers to paid sharing in Latin America.”

Netflix also provided an update on its new mobile game strategy. “Since our launch of a small selection of licensed mobile games last November, we’ve released new games every few weeks, with the portfolio growing to the current total of 24,” it said in the letter.

“The games are all intended to be accessible to broad audiences, and span several genres and categories,” the company said, adding: “We’ve had millions of our members play games through the service and we are learning about what games work for different audiences. We’re adapting our licensing and partner-based development activities in response to these learnings.”

The company also bought three games studios (Night School Studios, Boss Fight Studios, and Next Games), which it said “gives us a range of expertise in multiple geographies to accelerate the buildout of our internal development capacity.” Netflix is “building a solid pipeline of new games that will launch over the next several years and are excited to see our members engage with these titles,” it added.

To grow subscribers once again, Netflix is also counting on the ongoing popularity of its own exclusive TV shows, including Stranger Things and the continued release of its own high-profile original movies exclusive to its streaming service, including the new action film The Gray Man starring Ryan Gosling and Chris Evans, and directed by Anthony and Joe Russo, who also helmed the Disney/Marvel movies Captain America: The Winter Soldier, Captain America: Civil War, Avengers: Infinity War and Avengers: Endgame.