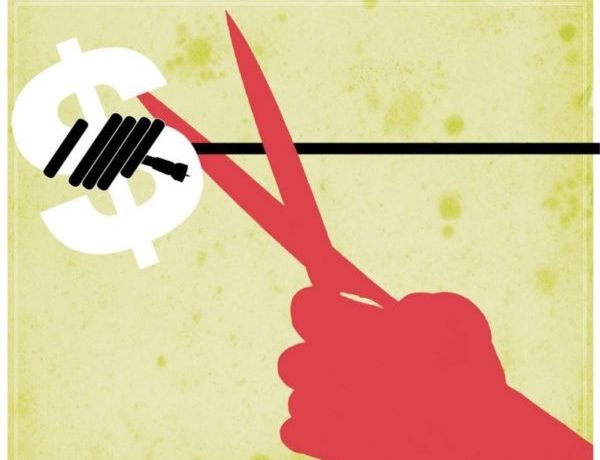 Nielsen: Too Early To Gauge Future of Cord Cutting

As the number of skinny bundles and other over-the-top (OTT) services continue to proliferate, it’s too soon to say whether cord cutting and cord shaving by consumers will stabilize any time soon, according to Megan Clarken, president of product leadership at Nielsen.

“One thing that clients aren’t blaming us for is cord cutting – not yet,” she said with a laugh at the Goldman Sachs Communacopia Conference in New York on Sept. 22.

But Clarken told the conference: “It’s early days to know whether or not that will stabilize at some point — whether or not those people who are cord cutting, if they are millennials, will go back to multichannel subscriptions as they move through their life stages. We’re looking at those things really carefully to help the industry understand what’s going on there.”

Nielsen, meanwhile, continues to make strides in its ability to measure TV content regardless of where it’s being viewed and when. Clarken provided an update on three of the company’s newest measurement efforts. First, she said, Nielsen “went into an extended proprietary mode half-way through this year” on digital content ratings for the measurement of digital video assets.

“We have over 70 brands now participating in that,” she said, adding: “They’ve got access to the data. They’re getting comfortable with that data very, very quickly.” Nielsen will soon announce the “full syndication of that product, which will mean that the data will be available to everybody — to the entire market — for use for planning and for sales” she said, telling the conference there’s been “fantastic traction there.”

The company also continued its efforts to measure subscription video on-demand (SVOD) for services like Netflix that don’t carry Nielsen’s watermarks on the content they stream, she said. Nielsen “produced a workaround” to overcome that hurdle by using “audio matching” starting about 12 months ago, she said, explaining that if a studio or broadcaster gives Nielsen an audio copy of a program, Nielsen adds that audio to its audio library for tracking purposes. The catch is that there is no way to identify what channel or service is associated with that streamed content, she said. Nielsen tells customers who ask for SVOD data what trends it’s seeing and those clients can figure out where the content viewed originated from based on whatever deals they have in place with Netflix or other streaming services, she said.

That workaround strategy for SVOD measurement has been “incredibly successful” so far, she said, adding Nielsen now has more than 8,000 episodes of SVOD content in its library.

SVOD is in about 52% of U.S. households, she said, “so the need for those studios and those broadcasters who are licensing that content” to measure viewership “has never been more important.” It would be “ideal” if the SVOD service providers allowed Nielsen to identify their services with their content and syndicate that data for everybody to see, she said, but “to date they have not wanted to” participate in that effort. In the past 12 months, however, Nielsen has been using a new system that studies the Wi-Fi traffic on the set-top boxes used by its consumer panels and isolates the streaming so that Nielsen can see what service the content being viewed is coming from, she said. Rolling out the device used to accomplish that “takes a long time,” but “we’ve made very good progress” and it’s been rolled out across a “subsection” of the panel, she said, adding: “We’ll continue down that path.”

Nielsen also continues to roll out its multiplatform TV and digital content ratings service, which she said is going into “rolling syndication mode to be opened up early next year.” That is “really important” because broadcasters and publishers participating are paying careful attention to the data provided and, “once it is syndicated, it will influence trade,” she said, referring to ad rates. Clients asked Nielsen “to tread a little slower” to give them time to analyze the data before it is made available to advertising agencies, she said.

Charter and Dish recently signed deals agreeing to provide Nielsen with viewership data from their set-top boxes. “You can anticipate a couple more of those,” Clarken said, but didn’t provide timing or the names of additional companies.

Nielsen almost two years ago started introducing digital audio measurement to clients, and “virtually all of our clients are looking at that data right now,” he also said. The Nielsen Cloud API is a new method of collecting data through non-traditional connected devices, and that has become an important tool because there is a lot of growth happening there — especially devices such as the new Sonos products and Amazon Echo that are “starting to actually shift the balance of digital audio consumption away from traditional mobile devices,” he said.