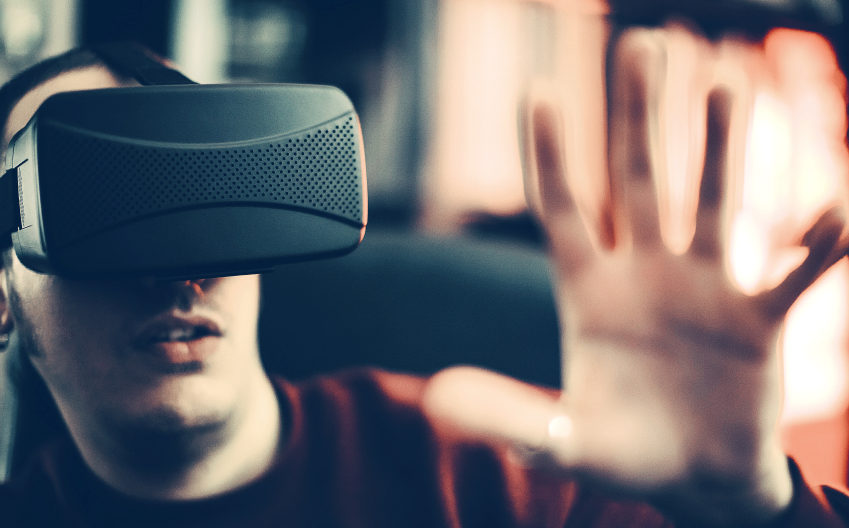 It’s still very early days for virtual reality (VR), but there are many opportunities for the technology that lie ahead … as well as challenges, including market fragmentation caused by the glut of hardware across multiple platforms and the lack of a “killer app.”

That’s according to analysts, as well as representatives from several VR hardware and content companies, who spoke at the Virtual Reality 20/20 conference in New York City Oct. 17.

“What keeps me up at night is the platform fragmentation,” Mike Fischer, chairman and co-founder of VR game developer CloudGate Studio, said during a panel on VR and augmented reality (AR) gaming. “Every time I hear another announcement” — such as Intel’s Project Alloy or Sony’s PlayStation VR — every time I look at one of those, I go, ‘well, that’s just another port I have to make’” for a title, he said, adding: “That’s the audience divided into another sub-segment, and unless there is some kind of cross-compatibility or some really easy ability to port, it really makes the economics challenging for me.”

Fischer “would like to see a small number of market leaders” in the VR space, he said, “but right now, if anything, the trend is heading the other way.” He pointed to speculation that Amazon or Apple may be among new companies that will “jump in” to the VR market.

At least in the mobile game space, it’s basically limited to two major platforms — Android and iOS, even though there are a lot of different devices he has to port to with Google’s mobile operating system, he said. “What am I going to do if there are 12 competing VR hardware systems out there — every one with slightly different controls?” he asked. “It’s going to really, really make it hard for my team to make more than one game because we’ll make it for five” platforms and “then we’ll port it to 12 other platforms over the next two years,” according to Fischer, a game industry veteran who was previously an executive at companies including Epic Games and Square Enix.

For now, CloudGate is exclusively developing software for the HTC Vive, Fischer said, telling the conference that platform “has everything we need,” including 360-degree functionality and hand controls. “So that was the place my team wanted to start,” he said. 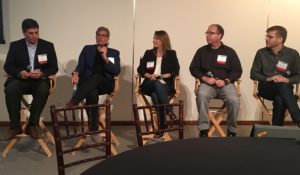 There’s also no “killer app” yet for VR, Macquarie Group senior analyst Ben Schachter pointed out while moderating the same panel. Fischer replied: “Give us a little time,” pointing out how nascent the VR market is.

Fischer predicted there’s a “fantastic opportunity to get there sooner rather than later,” and that the first killer app will probably have some kind of social aspect. Right now, it’s hard to have much of a social feature to VR games, in part because there is such a small installed base of hardware and nobody can even see the VR content one is engaged in except for the person wearing a device, he said.

It’s “likely,” however, that killer app “doesn’t come from games,” Sinjin Bain, CEO of game company MaxPlay, said. He pointed to VR applications targeted at the medical, education and travel/leisure markets as just some of the sectors where a killer app could come from. He added: “I don’t care where the killer app comes from. All we need is a couple of them to drive consumer adoption.”

In an earlier panel at the conference, Eileen Campbell, IMAX chief marketing officer, warned that “gratuitous VR” – inferior VR content – “will poison the pond” and make it harder for the technology to become successful with consumers. She pointed to what happened with 3D TVs as an example of how gratuitous use of technology could turn off consumers, calling that a “cautionary tale.” She also called Apple’s yet-to-be-announced VR strategy the “$60,000 question.”

The VR market is expected to become an $80 billion market by 2025, Terence Kawaja, CEO and founder of strategic advisory firm Luna Partners, said during the conference’s first session, citing a Goldman Sachs projection. That is projected to include $35 billion from software and $45 billion from hardware, he said, adding that’s just the “base” scenario and the VR market could also only be as low as $23 billion or could also be as high as $182 billion by 2025, based on the same report. At least one other analyst has projected it could be worth as much as $1 trillion, he said. It’s such a new market that there are “so many unknowns” about VR, he said.