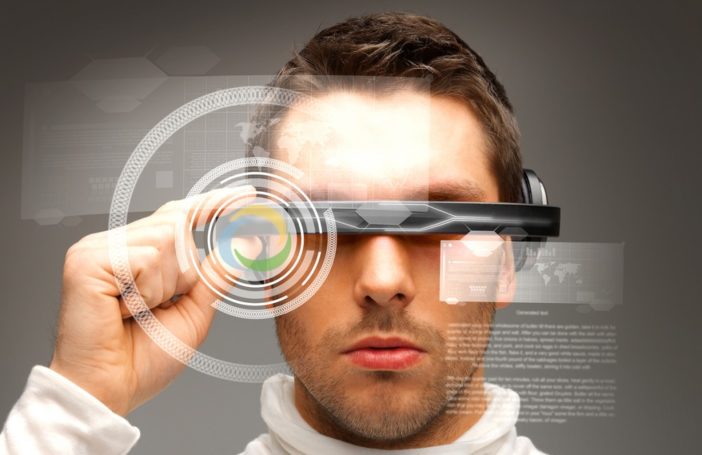 AR, VR to Have Strong Presence at CES Again

Augmented reality (AR) and virtual reality (VR) had a significantly stepped-up presence at the 2016 Consumer Electronics Show (CES), and those technologies are expected to once again be out in force at the 2017 CES, Jan. 5-8.

On the AR side, Niantic’s game “Pokemon Go” was released for Android and iOS mobile devices in July and quickly became a massive hit.

International Data Corporation (IDC) projected Dec. 15 that 10.1 million VR head-mounted displays (HMDs) shipped globally in 2016 and that number will soar to 61 million in 2020 for a compound annual growth rate (CAGR) of 100.7%. It also projected that only about 100,000 AR headsets shipped globally in 2016, but that number will jump to 15 million in 2020 for CAGR of 196.4%. The figures didn’t include shipments of what IDC called “simplistic headsets that do not have any technology built in,” including Google Cardboard and other Cardboard-like devices.

Another research company, however, recently released VR headset shipment estimates much lower than IDC’s: Canalys projected that global 2016 VR headset would only exceed 2 million and grow to 20 million by 2020. But its numbers only included VR headsets with integrated displays and excluded what it labeled simple viewers including Samsung Gear VR and Google’s new Daydream View, which Canalys pointed out are also “shipping in the millions.” Most 2016 shipments are of basic VR headsets that rely on other devices because they tend to be tethered by cable to a desktop PC, it said, predicting that shipments of smart VR headsets that can function independently will reach more than 100,000 units.

AR “represents the larger long-term opportunity, but for the near term virtual reality will capture the lion’s share of shipments and media attention,” Tom Mainelli, IDC program vice president for Devices & AR/VR, predicted in an IDC news release. He also projected that, over the next 12 months, “we’ll see a growing number of hardware vendors enter the space with products that cover the gamut from simple screenless viewers to tethered HMDs to standalone HMDs.”

Companies planning to tout AR and VR at the 2017 CES include:

DabKick: The Cupertino, Calif.-based company is partnering with Ericsson to create a VR cross-platform social experience that DabKick predicted “will increase VR adoption and user engagement in both VR devices and smartphones.” The application enables consumers to “experience photos and videos together with friends — between VR devices and smartphones — while talking and live chatting at the same time,” it said, adding that the “immersive VR experience connects all VR and smartphone users using a broader spectrum of media content and social interactivity.” DabKick plans to give demos at Ericsson’s CES booth in the Las Vegas Convention Center (LVCC) Central Hall.

eCapture Technologies: The Santa Clara, Calif., company successfully crowdfunded its LyfieEye 360-degree video camera for Android smartphones using Kickstarter, and will demonstrate the camera at its booth at LVCC South Hall 4. LyfieEye captures 360-degree photos and video, and plugs directly into Android phone ports, allowing users to preview, record and play back spherical 360-degree images and videos that can then be shared directly to Facebook and YouTube, eCapture said. The camera also syncs with any VR headset available on the market now, it said.

Fibrum: The Moscow, Russia-based company will show its Fibrum PRO mobile VR headset that’s available now on its web site for $79, as well as several VR apps. The company is exhibiting at the Gaming & Virtual Reality Marketplace in LVCC South Hall 2.

Homido: The French company will tout its V2 VR headset for smartphones, available now at its website for 69.99 euros. Homido will also provide visitors with demos of what it said are the best 360-degree videos available at its booth in the Gaming & Virtual Reality Marketplace. The booth will also have a table with a giant QR code that it said will let visitors see virtual objects in the real world.

Immersive Robotics: The Australian company is developing robotics and other remote presence applications, saying the core algorithms will be “capable of compressing and streaming data between multiple VR enabled devices.” It will demonstrate the technology in its booth at the Gaming & Virtual Reality Marketplace at LVCC South Hall 2.

Kopin: The Westborough, Mass., company is entering the OLED microdisplay market for mobile VR and AR. Kopin said it developed a “silicon backplane structure to drive high-speed OLED-on-silicon microdisplays for truly immersive VR systems without” the “size, weight and power constraints of today’s direct view products.” Kopin’s OLED microdisplay, “protected by 10 patents pending, is an ultra high resolution, high speed, low power and small form factor display that delivers a superior user experience for mobile and wearable systems,” it said. Kopin will demonstrate the microdisplay at its booth in the Augmented Reality Marketplace at the LVCC South Hall.

Naughty America: The San Diego adult entertainment company will exhibit on the CES show floor for the first time, saying it will demonstrate adult VR content at its LVCC South Hall 2 meeting space. The videos are compatible with VR platforms including Samsung Gear VR, HTC Vive, Oculus Rift, Google Daydream View, Zeiss VR One and PlayStation VR, Naughty America said. Since 2015, Naughty America has expanded its catalog and capabilities to meet the growing demand for VR entertainment, it said, adding that the conversion rate of visitors into new customers on its web site improved 84% in 2016 as a result of viewing VR scenes. Several porn companies have jumped on the VR bandwagon. Naughty America’s participation at CES calls to mind the days when CES and the Adult Entertainment Expo were held at the same time and they shared the Sands Expo and Convention Center.

NED Optics: The Chinese vision information display and visual imaging optics company said it will debut the GOOVIS (Good Vision) G1 Mobile 3D Theater VR headset at CES. The device “creates a cinema-standard, comfortable and sleek viewing experience, with no dizziness,” it said. The company will demonstrate the headset at the Sands Expo Hall G.

Shenzhen Arashi Vision: The Chinese specialist in spherical image technology will tout its new Insta360 camera that takes 8K 360-degree images. The camera will be demonstrated during a news briefing Jan. 5 at the LVCC and at its booth at the Gaming & Virtual Reality Marketplace.

3Glasses: The Chinese maker of VR headsets will demonstrate its newest headset, the Blubur S1 at CES. The S1 features 2K resolution (2880 x1440 pixels), which it said yields full HD images for each eye and a 110-degree field of view. The headset offers 704 pixels per inch (PPI), a refresh rate of 120Hz, and panel response time of under 10 milliseconds, which it said reduces motion sickness.