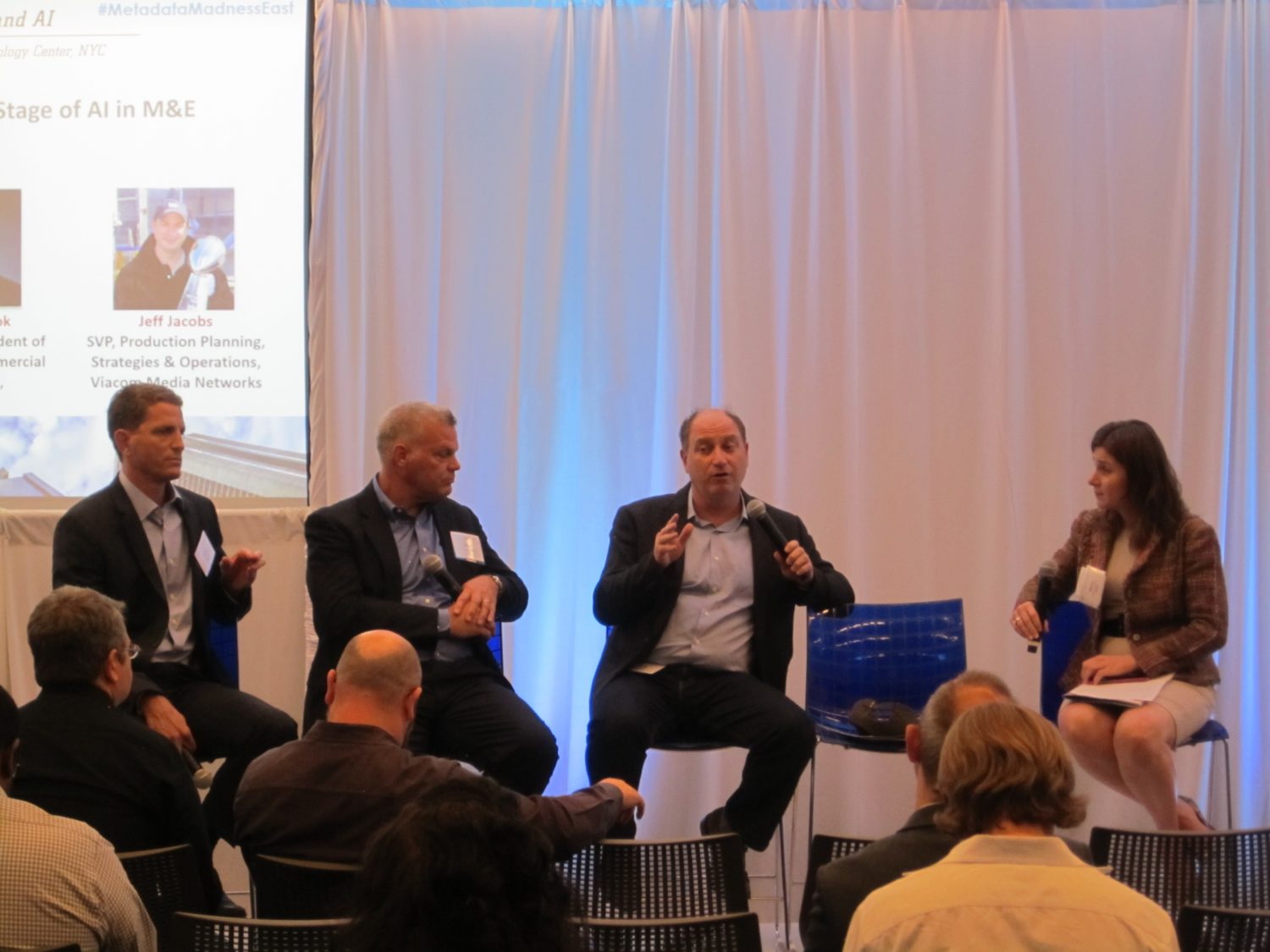 Jeff Jacobs, SVP of production planning, strategies and operations for Viacom Media Networks Music and Entertainment Group, spent a good chunk of his dozen-plus years with Viacom working in the MTV division.

And he and others recognized a couple years back that MTV “had 35 years of gold in the vault, and realized there was a basement somewhere that had an Indiana Jones-like warehouse of tapes,” he said, speaking July 25 at the Metadata Madness East: Data, Analytics and AI event in New York.

“We always wanted to digitize the vault” for reuse, sustainability of the content, and monetization, he said, but funding was hard to come by. It took the deaths of a couple major celebrities, and the immediate need of footage that wasn’t digitized yet, to get that MTV analog content digitized, Jacobs said.

Roughly 350,000 assets have been digitized to date … and the entire process kept metadata in mind, to make that content easily used going forward.

That was the theme during the keynote presentation “Forward Thinking – The Maturity Stage of AI in M&E,” which saw Jacobs and Andy Barsh, senior creative director for CNBC, and Steve Fastook, SVP of technical and commercial operations for CNBC, discuss the role of metadata and AI in their business units.

“I see us at this phase, where the productions we’re doing … we’re still in the electronic catalog phase of production on the internet and on mobile devices,” Barsh said. Now, CNBC goes beyond simple things like adding hyperlinks, and instead attaching enhanced metadata to every piece of content CNBC creates, so the network can enhance its production workflows, and offer a more dynamic, personalized distribution model, he said.

“We’re not trying to just say ‘Here’s a web extra,’ we’re looking at individuals, and wondering how we can create a show for them,” Barsh added. “If we’re going to do a show about real estate, we want to hit everything for the core investor group, but we also have 10% of the audience who are not core investors. On the distribution end we need to think about how we’re producing content so we can mix and match stories, and create something unique for each individual.”

CNBC’s creative team no longer produces juts one linear story, they’re working overtime to create various snippets that can be redistributed to the right audiences on the right platforms. And AI technology is helping creative teams make those decisions, in essence helping CNBC create new versions of content, powered with enhanced metadata.

Fastook sees it as a natural progression, along the lines of mono to stereo, from analogue to digital, from HD to 4K. Now it’s never just linear, it’s multiplatform, he said.

“Our audience is highly educated in the space that we cover, and many of them would love a level of personalization,” Fastook added. “What used to be OK [is] for many years we had the markets covered, and every once in a while we would dip in to personal finance, and it killed. Nowadays we test things online, get outside of the niche, without degrading the main network.”

Jacobs added that part of the shift from linear to multiplatform, has been a wonderful thing for productions, giving them new ways to tell stories from one show.

“When I first got there, everything was one show, you had a creative, you had planning, and you made one show,” he said of MTV “Now, today, every show is eight shows. In this new digital, multi-platform, mobile world … it’s not just the show that’s on TV, linear, have a nice day. It’s preshow on digital, adjacent show on digital, before and after shows on multiplatform.

“It’s changed every part of the business, from production, with more staff and more creative, engineering with encoders … slicing and dicing and pushing the same show or different [parts] of the show to different places.”

More than 300 people in the media and entertainment sector attended the inaugural Microsoft Media & Entertainment Day, which included the half-day Metadata Madness track, along with tracks on content protection, video in the cloud, and AI, machine learning and bots.