“Just about all of the appeal, other than some Evoque software that was attractive to us, was the people we bring on board with the acquisition,” Klaris said. “Evoque’s consistent work in the media and entertainment space has been just about better than anyone else in the business.”

The acquisition, which was announced earlier this month, gives KlarisIP — which specializes in consulting and managed services for IP rights and royalties, digital assets and metadata — better ability to tackle client needs around content supply chain optimization, royalties, participations, and residuals, Klaris said. 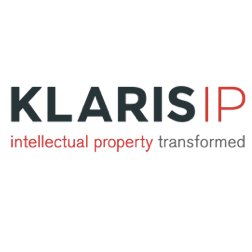 It also gives KlarisIP a more solid foothold in Hollywood, he added.

“L.A. is a key market for us, and obviously that was a factor [in the acquisition],” he said. In addition to L.A. and New York, KlarisIP also has offices in London and Washington, D.C.

Stephen Kassin, co-owner of Evoque, praised Klaris and his team as “a first-class media and entertainment organization.” “Evoque is thrilled to join forces with KlarisIP, a fast-growing industry leader,” he said. “The Evoque team brings a wealth of experience that will enhance and expand KlarisIP’s position as an industry leader.”