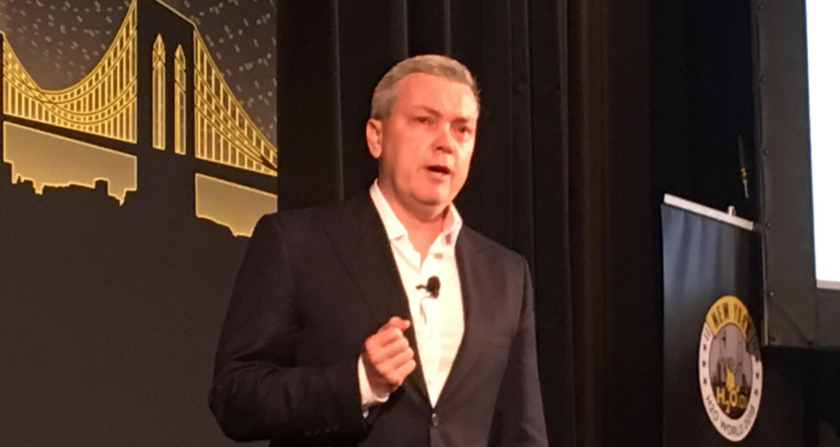 NEW YORK — Artificial intelligence (AI) presents a “huge opportunity” for media, healthcare and other companies when it comes to their financial health and how “people communicate and trade with each other,” according to Gary Rapsey, global assurance disruption and innovation leader at PwC UK.

Major advances are being made in healthcare today, with the help of AI, he said June 7 at the H2O World Conference. “When I contrast that with company health, however … little has changed in that space in the way that company health is both diagnosed and company health cured,” he said. Unlike in the world of healthcare, the best technology isn’t typically being used to help companies’ accountants, he told the conference.

He explained: “Accountants are there to tell the truth. They’re there to keep businesses and the market honest. But the problem that we face today is multiple-fold. We have a huge explosion of data – some real, some not real…. We have information which cannot be contained within companies.”

And “I think it’s going to get worse” in this “world of data obesity” that we’re living in, he predicted.

However, “I do believe that AI has the ability to find what’s right and what’s wrong in financial information,” he said. What’s more, AI can do that “in time to do something about it,” regardless pf the volume of data involved, he noted, predicting AI will “transform the integrity of company financial information.”

PwC partnered with H2O.ai to build GL.ai, a bot that uses AI and machine learning to oversee a business’s general ledger, analyzing billions of data points in milliseconds, according to PwC’s website. GL.ai is the first module of PwC’s Audit.ai bot. The more GL.ai is used, “the smarter it gets,” PwC says.

The bot finds issues with “speed and accuracy” and “it’s better than any human can ever be because it can see everything, and it can do it in a speed that humans can only imagine,” Rapsey told the conference. GL.ai uses judgement to detect any “accounting irregularities, he noted. As an example, he pointed out that the bot can detect that somebody conducted a transaction on a Saturday and then look further into that transaction because business is usually not conducted on the weekend.

“We think that actually AI anomalies detection and prediction, in particular, will actually provide the capability of knowing what’s right and wrong in numbers, in time to do something about it.,” he went on to say.

He warned, however, that AI must be implemented correctly because “unless the user experience is brilliant, you just won’t get the emotional attachment to get people to use it in the first place.” Users must also “trust the experience,” he said.

The presentation was part of H2o.ai’s second conference in New York City to date, according to SriSatish Ambati, H2O.ai CEO and founder.

The first one, in 2016, attracted about 200 attendees, and about 800 people wound up registering for the latest one, which caused H2O to shift the conference to a larger venue than originally planned, he told the Media & Entertainment Services Alliance (MESA). The company hosts conferences in other cities as well, he said.