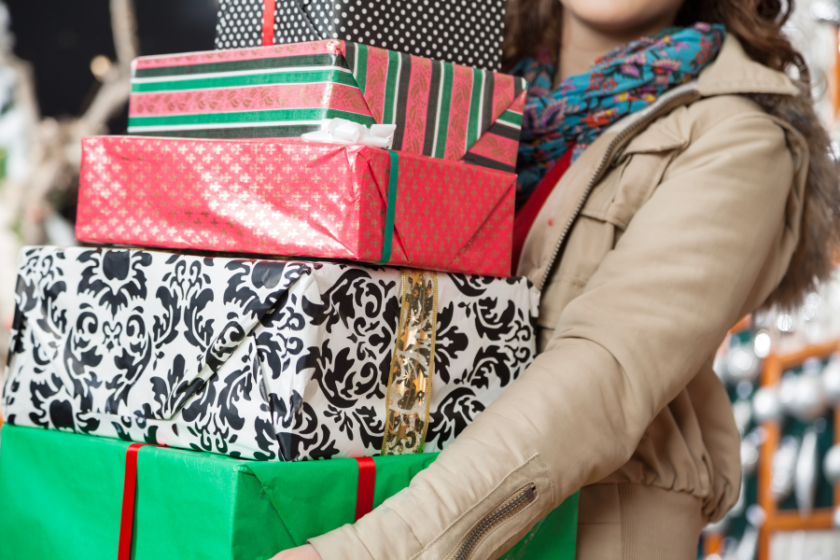 Artificial intelligence (AI)-powered smart speakers and Ultra High-Def (UHD) TVs were especially popular technology products over the last two holiday seasons and they will again be heavily promoted by retailers during this year’s Thanksgiving weekend, according to holiday ad circulars that have again been made available online well ahead of Thanksgiving and Black Friday.

But while an even greater percentage of the TV mix being promoted for the holiday weekend is apparently going to be UHD, don’t expect any new 8K models to be among the products you will be able to score dirt cheap the day after Thanksgiving or even the rest of this holiday season.

It’s a similar story in the Target Black Friday ad circular, where 4K models are the main focus among TVs and there’s a tiny number of 1080p models, but not a single 8K model. Standouts among those 4K TVs is a 50-inch Westinghouse Roku TV on the front page at $149.99 ($160 less than its normal price), according to that retailer’s circular.

Sixty-five-inch TVs are “likely to be the biggest focus for the second year in a row” among retailers as they are “selling the latest and greatest at more profitable price points and extending promotions into smaller, more manageable segments,” according to NPD analyst Stephen Baker.

Although “very low cost smart speakers have been a holiday staple over the past few years, expect to see sales continue to plateau as the market moves towards screen based products like Smart Displays and higher quality speakers,” Baker recently said.

A total of 11.3 million units of smart speakers are expected to ship in the U.S. this season, according to the Consumer Technology Association (CTA). That represents “strong numbers for a relatively new category,” it said. But that’s also a 42% decline from last year “as more devices like TVs integrate voice capabilities,” it said.

As optical disc formats continue to cling on to life, Target and Walmart are continuing to promote a large number of Blu-ray, UHD Blu-ray and even DVD movies at heavily discounted prices this Black Friday. The standout deal so far is the selection of 15 sub-$10 UHD Blu-ray titles being advertised in Walmart’s circular, although they’re referred to a “4K movies.” Among the UHD Blu-ray titles it’s touting at the “special buy” of only $7.96 each are the latest Avengers and X-Men titles, along with “Justice League,” “Venom,” “John Wick 3,” “It” and Disney’s live-action “Aladdin.”

Significant is the fact that CDs have pretty much been scrubbed from retailers’ holiday circulars as digital downloads continue to account for a growing percentage of the total music sales pie. But several records are being touted by retailers for the holiday as that format continues to enjoy its renaissance. Target’s touting nine titles on vinyl, including the remastered “Abbey Road” by The Beatles and “Nirvana Unplugged in New York” at sale pricing that starts at $15.

As usual, retailers’ circulars are filled with the latest Microsoft Xbox, Nintendo Switch and Sony PlayStation 4 consoles and software. The Switch gets front page treatment in Target’s circular, which is promoting the system at $299.99 with a free copy of Nintendo’s game “Mario Kart 8 Deluxe.”

Target’s also giving a minor push to virtual reality (VR) this Black Friday, featuring the Sony PlayStation VR bundle five game pack at $199.99 and $100 savings on all other PS bundles. Walmart, meanwhile, is giving a boost to the Oculus Go Virtual Reality 32-GB headset, advertising it at $149 ($50 savings).

Among the 49% of the U.S. population that plans to shop during Black Friday Week (Thanksgiving Day through Cyber Monday), 82% of those shoppers plan to buy tech devices and accessories, including wireless earbuds and streaming service subscriptions, according to recently released CTA data.

“Despite a shorter shopping season, there will be a healthy appetite for tech,” predicted Lesley Rohrbaugh, CTA director of market research. “Wireless earbuds and streaming content will make a very strong showing over the course of Black Friday Week,” she predicted, adding: “Content subscriptions and services are quickly becoming a go-to gift, especially as a wide range of streaming video, audio and gaming options come on the market this holiday season.”

The number of Black Friday Week shoppers who say they plan to shop for tech via voice increased nine percentage points to 48%, CTA also said, noting those consumers plan to use digital assistants including Amazon Alexa or Apple Siri to research and find holiday deals.