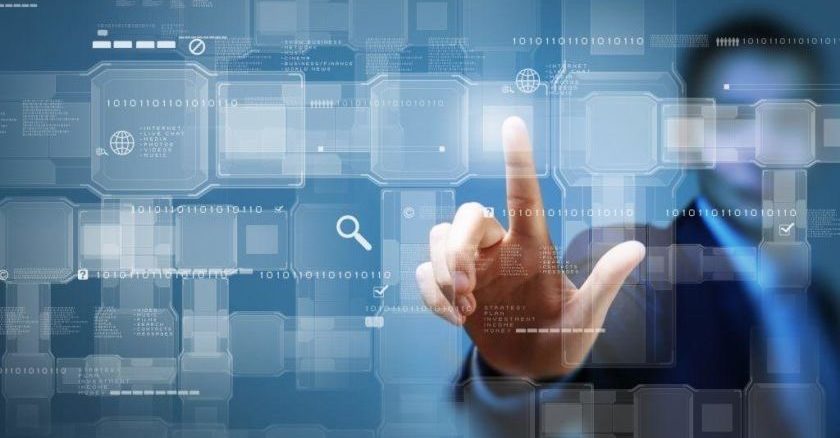 Innovative ecosystems represent a way for organisations to enhance their corporate outcomes, according to Shelton Mercer, chairman and founder of Mercer Innovation.

Speaking during the Innovation presentation “Virtuous Innovation: How Innovation Ecosystems Enhance Corporate Outcomes” May 12 at the annual Hollywood Innovation and Transformation Summit (HITS) Spring event, he noted: “When I talk about Virtuous Innovation, I am impressed by some of the people that have their finger on the pulse of the way humanity works.”

Mercer has founded, led and exited venture-backed companies in tech, media, entertainment, sports and social impact. In the process, he has created a global, gravitational pull through his Virtuous Innovation methodology and MiOS (Mercer Innovation Outcomes System), which merge invention, equity, incubation and commercialisation to launch and scale new companies and collaborations. He has created multiple innovation districts, hubs and initiatives and a global network. 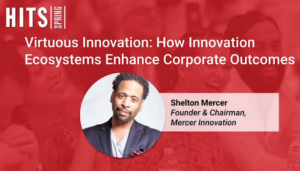 Mercer started the HITS presentation with a story in which he said an autonomous vehicle and flying robots played roles but were “not the star.” The story was instead about Alex Kushleyev and Daniel Mellinger, the founders of KMel Robotics.

Mercer quoted Bryan Stevenson, the civil rights attorney who inspired the movie Just Mercy, in which Stevenson was played by actor Michael B. Jordan: “Our visions of technology, design, entertainment and creativity have to be married with visions of humanity, compassion and justice…”

“It’s really from this type of passion and this type of pathos that I am pushing out what I call Virtuous Innovation, and the reason why is because people have to be at the centre of it,” according to Mercer.

The story he told was, he said, about “how a multi-billion dollar chip manufacturer decided to park an autonomous vehicle on a university innovation campus right on the banks of the Schuylkill River in Philadelphia.”

Kushleyev and Mellinger had a small office/lab on that campus, Mercer noted. “Several years before we created this 23-acre campus, which [has] advanced technologies and life sciences and robotics, these guys were the first movers, and they put KMel Robotics down here at this campus when none of this splashy, really good looking space was here,” Mercer said.

The five virtues he is talking about when discussing Virtuous Innovation are: Integrity, authenticity, connectivity, humanity and equity. 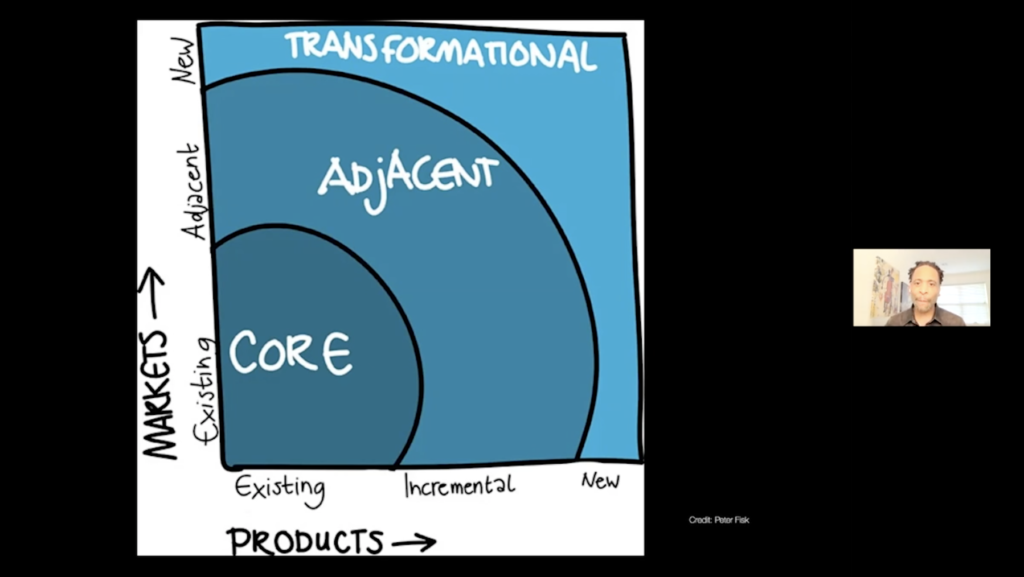 Mercer explained: “We need to understand that we have strong structures to our technology and our innovations. We need to be able to protect our supply chains and our sources with authenticity. We need to make sure that we’re connecting the right people at the right time and the right products and the right technologies. Humanity drives it all because all of you are human and need to stay connected. We’ve never seen so much of that press as we have this past year.”

Equity then “makes sure that we have enough room for everybody to invest in the future of innovation,” he said.

Chip maker Qualcomm invested in Mercer’s company and then decided to acquire KMel Robotics (in 2015) and, “lo and behold, right here next to the 60,000-square-foot centre, Qualcomm has a 20,000-square-foot hub,” he noted, adding: “That happens because of the story of people being invested in by corporations.”

Mercer opened up another “district,” one that is 50 acres, in Indianapolis during the pandemic, starting with the first building in September, and opened an innovation hub there in March, he said.

Many technology companies, including Intel, Microsoft, Qualcomm, Salesforce and Samsung have research and development labs within their enterprises, he noted. “What we’re helping corporations do and brands do is connect that type of energy outside of the enterprise – outside of the kingdom – into places and into people who can push innovation forward,” he said. 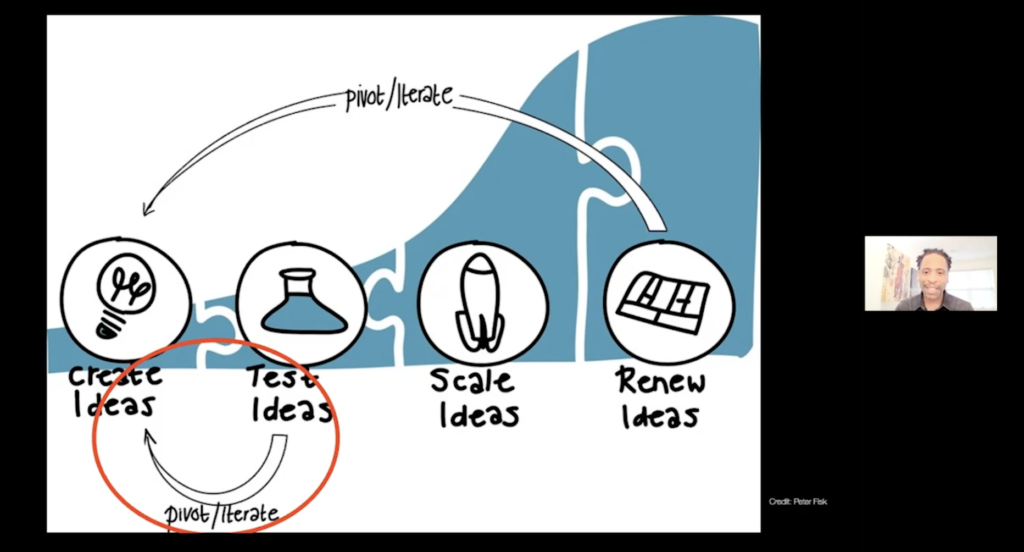 He concluded the presentation with four thoughts. First, all those corporations are “intentional about doing what they do,” he noted. Start-ups are helping these companies move from beyond just their core businesses and technologies to what is adjacent and “transformational,” he explained. Tech companies’ venture capital divisions are also frequently teaming with traditional corporate venture capital firms outside the tech world, he pointed out.

Second, “curation” is important, he said, noting: “I like to say that place-making is one thing but place-setting is even better.” Companies are often “purposely curating experiences so they can have conversations, collisions and the type of collaboration that come out of that,” he explained.

Third, “speed is necessary in corporate development,” he said, referring to it as “rapid R&D.” Innovation labs and start-ups are a great way for corporations to create and test ideas while they focus on the “profit and loss bottom lines” of their main businesses, he explained.

And fourth is the importance of outcomes, he went on to say, noting: “At the end of the day, corporations/businesses are always trying to meet the expectations of stakeholders and shareholders.”