Recent technical advances that have been spurred on by the need for remote working during the pandemic have spawned a new era of application technology that enables complex workflows to be simplified and automated.

The event was held in conjunction with the sixth annual Content Workflow Management Forum at the Cavendish Conference Centre in London and as virtual events via the MESAverse, allowing for remote attendance worldwide.

The combination of new technology and sensitive pre-theatrical post-production is naturally under more scrutiny to ensure that content remains secure.

Kicking off the panel session, moderator Mathew Gilliat‑Smith, EVP at Convergent Risks, noted that more companies have gone to the cloud as a result of the pandemic.

Assessing the security of the new online strategies being used that involve apps is different than assessing traditional on-premises security strategies, he pointed out. 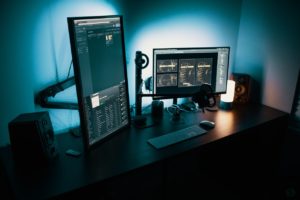 Another challenge, meanwhile, is there has been a lot of “relaxation” by content owners when it comes to security so that they could make sure “workflow continued” through the pandemic, he said.

Now, however, with the pandemic (hopefully) slowing down, “the level has to come up again” for security, he noted. After all, leaking of content remains a “big deal” for content owners and security is very “topical” now at the studios, he said.

What is crucial to keep in mind is that every organisation is only one phishing email away from a breach, which is “quite scary,” he added.

Allan Dembry, chief information officer at Iyuno-SDI, a provider of sub-titling, translation and language dubbing services to the entertainment industry,  agreed with Gilliat‑Smith about that concern, he said.

Luckily, security has become an easier conversation to have with company executives now as a result of the many breaches and leaks that have been seen in recent years, according to Dembry.

“One of the first impacts” of the pandemic was on dubbing, Dembry said, noting his company had a “huge problem” getting people to record their voice acting. His company solved the problem by creating iDub, a remote recording solution perfect for disaster recovery. The studio dubbing solution to remote recording captures high-quality audio in any environment, according to Iyuno-SDI.

TransPerfect, meanwhile, created its own remote recording solution, Studio.NEXT, Jacques Barreau, that company’s dean of dubbing VP, pointed out.  Noting there is a big need for talent now in the industry, he said remote/hybrid solutions have been a way to recruit talent more easily.

The provider of language and technology solutions announced two product launches in March 2020 that it said were “aimed at transforming the dubbing and audio recording industries. One was Studio.NEXT and the other was TransPerfect Media.NEXT Dubbing Academy.

The Studio.NEXT platform uses recording-in-the-cloud technology and “completely inverts the industry’s traditional business model by bringing the studio to the actors,” the company said at the time of its announcement. “With Studio.NEXT, voice talent is now able to remotely attend recording sessions and create professional quality voice-overs directly in the cloud,” according to its press release.

The Media.NEXT Dubbing Academy, meanwhile, is a professional learning programme designed to teach and develop the next generation of voiceover and dubbing talent, TransPerfect said. “The academy eliminates the traditional training challenges created by distributed geographical locations,” it said at the time.

TransPerfect is also teaching its people to use microphones and how to soundproof rooms, Barreau said during the panel session.

To fight security threats, meanwhile, his company is asking people to leave their phones outside of production studios as “another deterrent,” he noted.

If there has been one major challenge getting those working for TransPerfect to embrace the new cloud-based tools it has been that it just “takes a long time to persuade people to use a tool, especially when you are talking about the cloud,” he explained.

The reaction of some people to the cloud is basically “I’m scared of the cloud because who knows where the cloud is?” he noted. “They don’t have all the knowledge” about the cloud so it is “a little bit frightening for a lot of people,” he explained.

The eighth annual Content Protection Summit Europe was produced by MESA in association with the Content Delivery & Security Association (CDSA), and presented by Convergent Risks, with sponsorship by archTIS, NAGRA, Signiant, and BuyDRM.