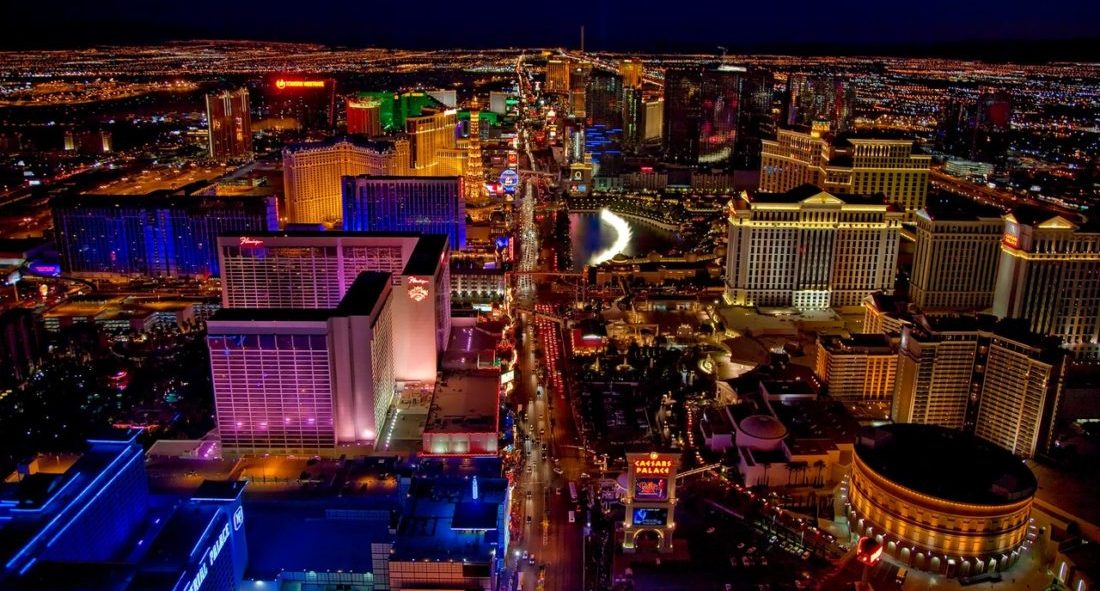 LAS VEGAS — MESA members could be found in every section of the Las Vegas Convention Centre during the 2022 NAB Show, the first live one since the start of the pandemic. And it turned into a successful one, with an announced registered attendance of approximately 53,000.

Here’s a brief look at what some of the companies brought to the event:

Allan McLennan, client executive partner, and head of media and entertainment, North America, technology, media, telecom for Atos, sees his company’s place in the industry plainly: “With this acceleration of production in the industry, there’s a need to have someone piece it all together.” 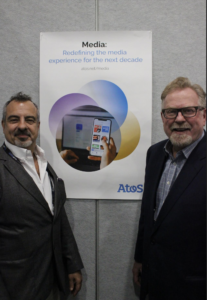 Atos came into NAB ranked No. 1 in managed security services (MSS), in terms of revenue, according to Gartner, was signing new partnerships both domestically and in Europe, and had just come off another successful turn ensuring the effective and secure delivery of the Olympic and Paralympic games, as both an IT partner and lead integrator.

“We’re the top broadcast systems integrator in the world, and when we come to the table, we see it as a rising tide lifts all the ships,” McLennan said. “We’re keeping pace with the advances in virtual productions and production as a service and making sure we’re well-connected with the hyper scalers.”

Marcos Gonzalez-Flower, global head of the Media Competence Centre for Atos, said the pandemic caused a lot of shifts in both consumer behaviour and industry practices, neither of which will go back to the way things used to be.

“There’s been an acceleration of people wanting to engage more, live a richer experience, and the pandemic gave broadcasters, and all the media, an opportunity to start delivering in new ways,” he said. “And with working from home, with everyone owning 4K TVs, you don’t need these huge, expensive systems in the office.

“Broadcasters also discovered that with IP environments, security was a much bigger issue, something the community didn’t need to deal with, this world of potential intrusion. Now the industry is finding itself better prepared, investing in disaster recovery. It’s a change in behaviour.”

Gonzalez-Flower said the industry is looking to Atos to help them transform how they work, especially in workflows. “It’s all about becoming more efficient,” he said.

The explosion of content streaming also means catering to global audiences, and what’s acceptable in the U.S. may be completely unacceptable elsewhere. Davinder Luthra, global digital leader for Spherex, has just the solution to address that. 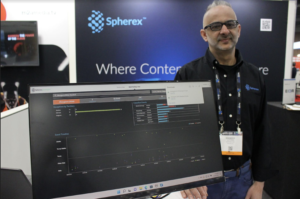 “We’re focused on culture and culturalisation, and you should know as soon as possible that what’s on your platform adheres to all the rules in the country you’re distributing to,” he said. Enter SpherexGreenlight. which combines machine learning and human curation to capture societal and cultural cues from more than 120 countries worldwide, which are applied to movies and TV shows set for global distribution.

Luthra showed how the system works with the 2014 film Divergent, with the system pulling up which scenes would need editing to make the film compliant with the regulations of Brazil. “Essentially it takes the guesswork out of what can go wrong, and it avoids the massive messes you can get into,” he said. “Editing can be a labour-intensive process. With this you can do it all at once.”

Greenlight also predicts how a movie or TV show will be perceived by audiences worldwide, delivers data to make informed decisions about local marketing, and, above all, minimises the risk of offence or censure in local markets. 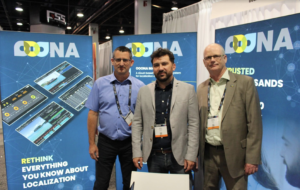 “Our innovative yet pragmatic outlook on workflows and our user-centric approach has not only enabled us to lead the market in delivering cutting-edge products and solutions, but also gives companies like Silver Trak a competitive advantage,” said OOONA co-founder and CEO Wayne Garb.

Garb said that what clients worldwide are discovering is that OOONA’s technologies are both affordable and accessible, with “everyone able to afford it, and use it whenever they want.” And the integration with Veritone has helped spotlight OOONA’s management and production tools for the localisation industry, a fully online, secure and scalable platform that incorporates a suite of technology tools for the execution of localisation projects. “It’s language-agnostic technology with no limits, with the recent addition of support for Japanese,” he said.

Matt Cimaglia, co-founder of Alteon, couldn’t be more pleased with the progress of his company of late. “We’re, at our core, a content management system, a full media orchestration platform. We want to specifically help creators of all sizes, whether they’re freelancers or working with larger teams.” 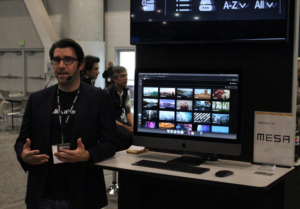 The new comment functionality allows anyone with access to a video file housed on Alteon Cloud to leave locators for comments, queries, or suggestions.

And editors can install the free Alteon Cloud extension for Adobe Premiere Pro, automatically adapting those comments into locators on assets and sequences in Premiere Pro.

“As the production industry becomes increasingly more remote, it’s opened up creative opportunities for millions of professionals around the world,” Cimaglia said in a statement. “But the transition isn’t seamless. Review-and-approval technology is critical to helping production teams coordinate their ideas and communicate clearly. What’s even more frustrating is that the technology exists, but it’s often targeted and priced only for large companies.”

Alteon also came into the show with the unveiling of Alteon Publisher, aiming to transform Alteon into the first-ever content-management system designed to publish directly to blockchains, simplifying NFTs for creatives. The enterprise version of Alteon Publisher will soon be available on the VidiNet marketplace.

At its booth on the show floor, Alteon highlighted partnerships and integrations with Bluescape and Teradek.

Eric Wynalek, VP of strategy for Shift, the all-in-one cloud platform for video teams that lets them manage, share, review, and present video projects, all in one spot, sees big things on the way for the company, as it gets deeper into its core verticals, and launches new updates. 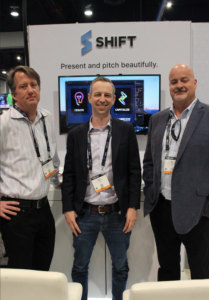 But above all at the NAB Show: “It’s just good to be back here in person.”

Among the busier spots on the convention centre floor, Shift had plenty of positives to share, including the progress of its Screeners.com platform, the secure destination for previewing pre-release content. Revenue for Screeners.com has more than doubled during the pandemic, with more than 30 million minutes of content being viewed using it.

“There’s unlimited potential there,” Wynalek said. “Original content budgets are rising, and that’s what we handle. It’s an ongoing content arms race, and we’re able to expand with it.”

“We want to see Shift used on every continent, and we see tremendous upside in international markets,” he said.