Bluescape has expanded its international footprint to reach overseas defense and intelligence teams and leadership. Specifically in the United Kingdom, Bluescape is lauded for its participation with the Global Air Forces Climate Change Collaboration (GAFCCC) and upcoming Royal International Air Tattoo (RIAT) Show, the largest military airshow in the world.

Bluescape was the lead platform of collaboration with the GAFCCC, and served as a driving factor in the culmination of over 46 countries’ work. Bluescape provided an infinite, archived and secure meeting space for globally distributed teams to align GAFCCC’s mission of sharing ideas, best practices and lessons learned to reduce greenhouse gas emissions and operate more efficiently. The virtual workspace empowered global air chiefs and stakeholders to virtually collaborate on and draft GAFCCC’s Declaration of Intention, which highlights the commitments to respond to the urgent threat of climate change. The Declaration of Intention will be signed by senior air and space chiefs from around the world at the Global Air Chief’s Summit, July 13 -14 in London. 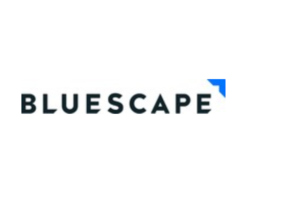 “With Bluescape’s platform, we have built an infinite, persistent, archived, virtual space for the Collaboration’s globally distributed teams to meet and work,” said Kevin Billings, Honorary Group Captain, 601 Squadron, Royal Auxiliary Air Force. “Bluescape’s software was instrumental in the process of reaching consensus on the Declaration of Intention and has been very useful in sharing information and ensuring transparency across leaders of 46 nations.”

Bluescape will also be making its inaugural appearance at RIAT, taking place July 15-17 in Fairford, U.K. The company will sponsor part of the event and present the Aircrew Competition Trophy during the RIAT Gala Dinner. Aligning to this year’s theme of “Training the Next Generation of Air Force,” Bluescape leadership will be onsite to demonstrate how its solution contributes to the development of aircraft, training and readiness of required personnel.

“Our participation with these notable global partners has shown that our world’s most pressing issues and important agreements, including climate change and military readiness, can be debated on a virtual forum and come to the same outcome compared to being discussed in-person,” said John Greenstein, General Manager, Global and Public Sector, Bluescape. “Our participation with overseas defense leadership is the first of many opportunities for Bluescape to share and expand its expertise on a global scale.”

Bluescape is a leading provider of secure collaboration software that provides equitable opportunities for global teams to communicate and create impactful outcomes as if they were in-person. With easy access to Bluescape’s award-winning virtual workspace, hybrid teams can share a real-time common operating picture across geographies while brainstorming, collaborating, and communicating seamlessly within a secure, virtual environment. A proven solution within the most sensitive defense, intelligence, and national security environments, Bluescape received the United States’ Federal Risk and Authorization Management Program (FedRAMP) ‘In Process’ Designation, under sponsorship of the U.S. Air Force in January 2022.