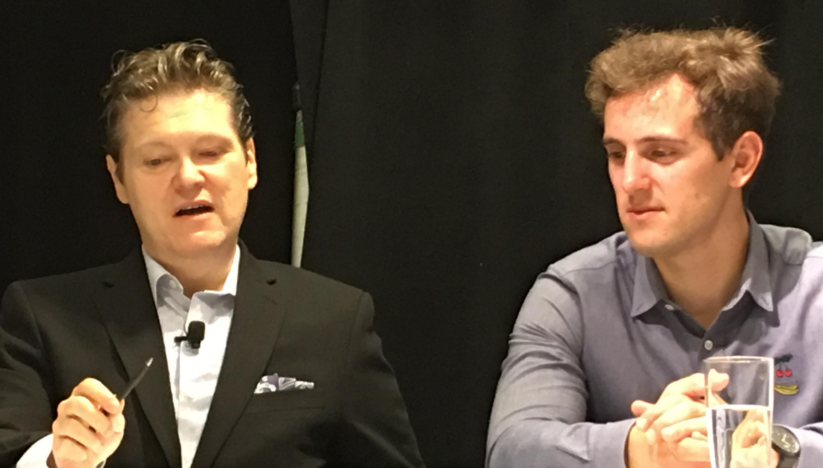 NEW YORK – All media and entertainment (M&E) companies stand to gain by using artificial intelligence (AI) to enhance content value and performance, as well as find and maximize new monetization opportunities, according to executives from Google, IBM and other technology companies speaking at a media conference here May 8.

“The two main drivers that I think every company and every decision maker needs to think about” when considering AI “are really unlocking dark metadata that hasn’t been applied or hasn’t been generated yet – or hasn’t been thought of yet – for one; but also, then optimizing the workflow from top to bottom,” David Clevinger, senior director of product management and strategy for IBM Watson Media, said at the conference.

Once AI has been implemented, “you can actually then identify certain aspects of videos that maybe you can turn into a monetization opportunity or into some sort of an advertising opportunity,” he said during the panel session “From Content Creation to Delivery: How AI is Impacting Modern Media.” For example, he pointed out, “if you can identify logos” that are in a video, you can conceivably “digitally insert other logos instead” of the ones that are there.

There are “many ways to use AI to make … content a little more interactive,” and the technology also enables users to “change the storyline and the content based on how people react to it,” Matthieu Lorrain, head of creative innovation at Google, said. AI “can be used to improve the user experience” and, agreeing with Clevinger, he said companies can also monetize that experience.

Lorrain singled out the music streaming service Spotify as “one of the best uses of AI with content.” Pointing out he’s been using that service for more than eight years, he noted it “knows a lot about my music habits [and] my music consumption.” Like many music lovers, his tastes are “complex” and Spotify uses AI to make recommendations reflecting his preferences, he said, calling that “a huge competitive advantage” for the service “because it means that tomorrow, if I were to leave Spotify to go to Apple Music, I would lose that personalization.”

That’s also “one of the big advantages” of AI in general, Lorrain said, noting the more one uses an AI-powered platform, the less likely you are to leave it.

If your company doesn’t have an AI or machine learning strategy already, “you should probably start to think about having one” because it’s “very important,” Cullen Gallagher, CEO and co-founder of AI technology company Reely, said.

But he stressed: “I’m not saying go out and find a problem to go use” the technology on. Rather, what he’s saying, he explained, is: “When it makes sense, you should be implementing it. But the reason that it’s so important isn’t just for … saving money. That’s a very small piece of it. The things that AI and machine learning [are] going to do in the next few years is enable people to open up new markets [in video] … and add to the bottom line of your company if you’re smart about the ways that you attack these problems.”

But “any strategy” for AI that an organization develops, “also has to include a data strategy – how you are training that algorithm and how you are helping it to understand what it is you want out of it,” Clevinger told the conference. He added: “You need to know how you’re going to get there as well. And I think that also includes metadata flexibility.”

Asked if metadata is something that’s emerging as a service, he told the conference: “Companies like IBM might be building a metadata as a service solution that you might be seeing in the near future. But there are other companies that do this already, and they do it in a variety of different verticals.”