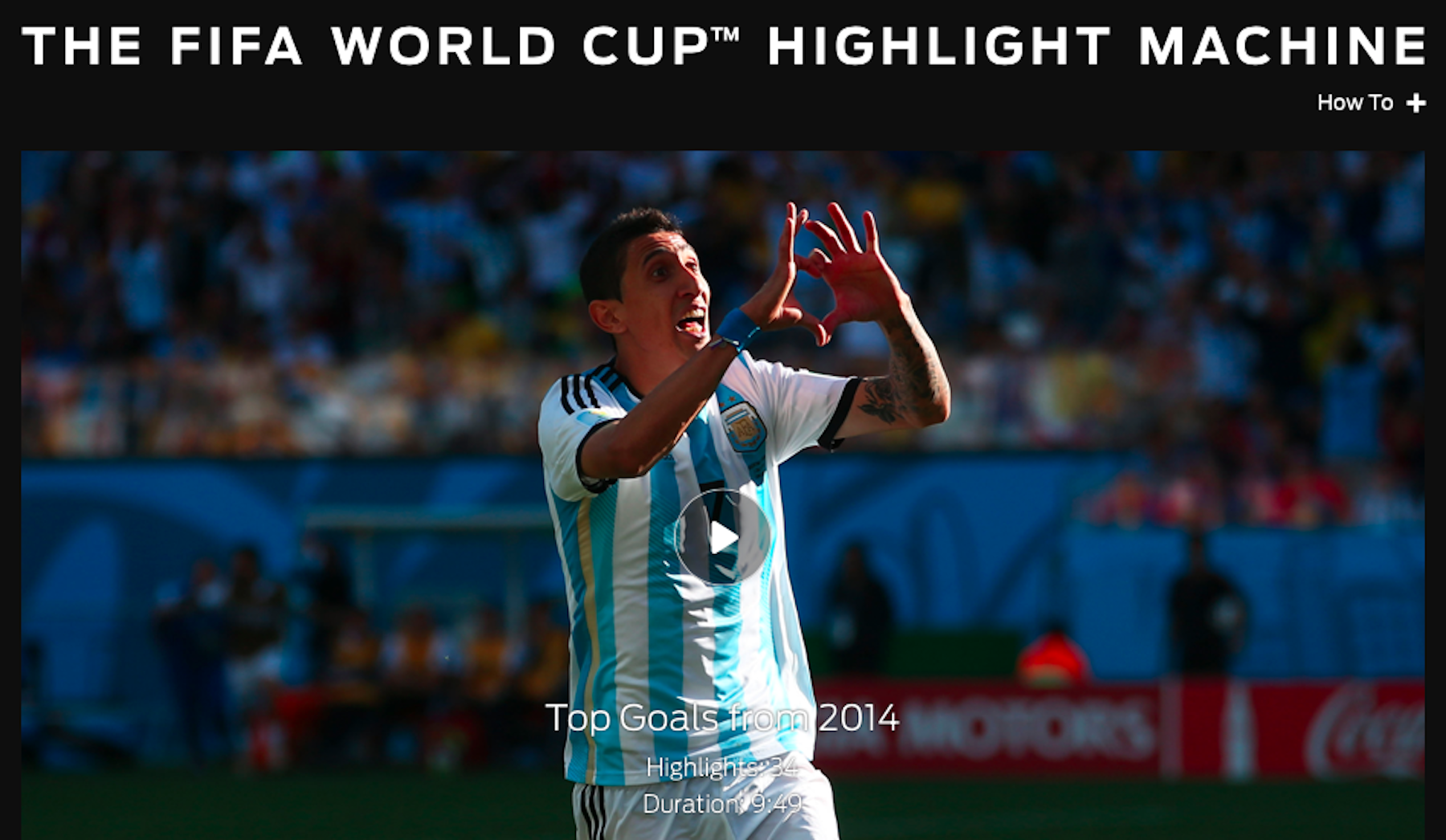 For this month’s 2018 FIFA World Cup in Russia, Fox Sports has partnered with IBM Watson Media to add an artificial intelligence layer to the broadcaster’s coverage of the event, including automated metadata tagging for match footage, allowing for quick editing and viewer access to match highlights, in near real-time.

The partnership marks the first time Fox Sports has integrated AI features into its production and distribution systems, with the broadcaster using IBM’s technology to launch “The Highlight Machine,” a dedicated web portal that allows fans to browse through FIFA’s archive of matches (approximately 300 matches from 1958-2014) and create their own custom highlight reels of teams and players. The interactive site also allows users to customize highlights by year and play type and share clips via social media.

“The Highlight Machine” will also be available in the FIFA World Cup section of the Fox Sports app for both iOS and Android.

“We are delighted to be working with IBM, a leader in the technology space, to help enhance fan experiences and engagement,” said Sarah Tourville, SVP of sports brand activations for Fox Sports. “Our collaboration affords us an opportunity to utilize their technology across multiple properties, helping to drive engagement for our tentpole events in non-traditional ways.”

The World Cup AI endeavor marks yet another major sporting event win for IBM Watson Media, which has enabled AI services for coverage of The Masters, Wimbledon, and the U.S. Open.

“To maximize fan engagement, sports broadcasters are driven to showcase relevant gameplay as quickly as possible,” said Kristen Lauria, GM of Watson media and content at IBM. “This drive is even more critical during tentpole sporting moments like the World Cup. Our project with Fox Sports emphasizes IBM’s focus on aligning its technology to simplify how media brands can efficiently deliver winning fan experiences.”