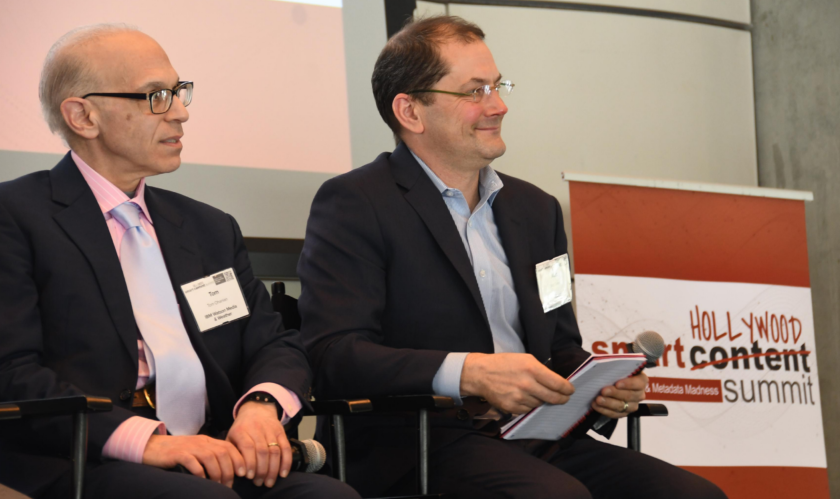 LOS ANGELES — For Tom Ohanian, global sales executive for IBM Watson Media and Weather, artificial intelligence (AI) applications are only as good as how well they’re able to adapt and learn.

“If these weren’t learning and training systems, we wouldn’t ever get better,” he said Feb. 27 during the panel “Does AI Make our Data Smarter?” at the standing-room-only Smart Hollywood Summit. Ohanian made the analogy of AI and machine learning systems as the same as raising a child “that can learn, and the more you teach it, the better it becomes.”

That was the thinking behind the launch of this year’s GrammyConnect.com, a site that uses the AI behind IBM Watson to identify the ways Grammy-nominated artists are connected to each other. IBM Watson Discovery was used to ingest and analyze more than 14 million articles and bios for more than 19,000 nominated artists over more than 60 years. The system identified 20 million-plus common attributes between artists, bands, producers and others, offering the Recording Academy a new way to engage fans and better understand its industry.

Ohanian and others on the Smart Hollywood panel looked at the current state of AI and what’s being done to practically adopt the technology to handle the mountain of data available, and make use of it in media and entertainment.

A digital asset management expert for Monster Energy said he’s found promising AI applications in the automation of metadata for images, pulling out necessary info that used to be a laborious, manual process. Killer applications of AI for the media and entertainment industry aren’t only things like automated compliance around things that won’t pass censors, but also the generation of automated, rich metadata.

Matt Turner, CTO of media and manufacturing for MarkLogic, said that while whether or not AI makes data smarter is still a largely unanswered question, “data is absolutely going to make your AI smarter.

“It’s about the data all around the content, and your understanding of the data may be your most valuable asset,” he said. “Of course the content is important, but the future of our industry is the data.”

He pointed to other industries where AI has already changed the game, including legal, where AI is doing the grunt work that used to require an army of paralegals to handle at the outset.

“You can automate many, many workflows,” Turner said. “Replacing what you can replace with the tools available today.”

Studio representatives on the panel urged attendees to begin looking at AI applications for their businesses, even though they cautioned that with more data being involved, protecting that data has become an even bigger challenge than ever before.