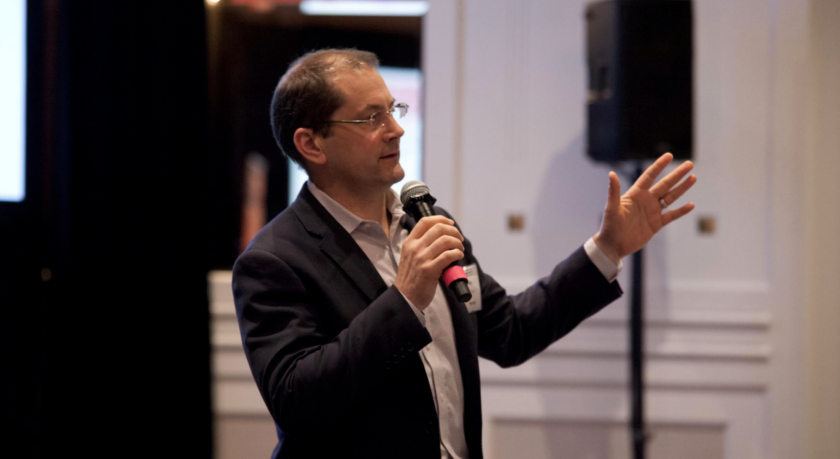 Curated descriptive metadata can yield significant competitive business value for a media and entertainment company, according to MarkLogic and Sony.

“We’re here to talk about metadata,” and “this should not be a shock to anybody who knows us,” Matt Turner, chief strategy officer of media and manufacturing at MarkLogic, said May 23, during the breakout session “How Sony is Leveraging Curated Descriptive Metadata for Competitive Business Value,” at the annual HITS Spring event.

The session was designed to illustrate the steps media and entertainment companies can take to take their data to a place “where it’s going to make a difference,” he said. Although “we’re kind of turning a corner in this community [and] maybe we’re getting” closer to being smart business organizations, he told attendees: “We’re nowhere near tackling the data all around the content.”

He pointed to a quote from Shelly Palmer, CEO of advisory firm The Palmer Group, who had said, “data rich or data poor, companies with the greatest ability to turn data into action are going to win.”

That’s an “extreme point,” but Palmer “made this point in 2015 because he was trying to point out that it’s not your audience size, it’s not your revenue, it’s not your engagement” that’s most important in who will win, Turner said. Rather, he told attendees: “In this new world, it’s your data that is going to be the measurement and he wants to point out very clearly that it’s Google, Facebook, Apple and somewhere way above in the stratosphere [it’s] Amazon” that are in the lead. “We’re not on the chart [and] we really need to get up from the floor,” he said.

After all, he said, “you’re not going to get true digital transformation — you’re not going to get to this next place…unless you know where your data comes from and how you can use it.” And the key to an organization’s digital transformation is making sure people know where data comes from and how they can use it, he noted, advising media and entertainment companies to treat their data “as an asset.”

A Sony Pictures representative went on to explain how his company has been investing in descriptive, time-based metadata to better understand its content library. That data first helped drive content discovery and re-use, and now is becoming a key asset to deliver competitive business value through cost reduction and targeted audience engagement, according to him and MarkLogic.

The Sony team’s data journey has been assisted by MarkLogic’s Data Hub.

There’s so much data being captured by preproduction and production teams, but then by the time it gets to distribution, that data is often all gone, the Sony representative said. One specific challenge that Sony had faced was there wasn’t an easy way to find and access memorable moments in the studio’s catalog because there was no centralized repository of film clip information that would enable future exploitation, he explained. As a result, time and money was wasted on duplicated efforts across the company and it was difficult to support compliance activities for advertising and publicity, he said.

As an example of one common dilemma, he noted that while it’s easy to find famous lines from specific movies, it was much harder to find lines like “run,” “help” or “I love you” — lines that are found in many movies. Facial recognition and machine learning can be used to more easily find such lines, he said. Automated services, however, don’t solve the whole problem and there’s a lot more that people often want to know about content to provide a richer picture of a movie, he noted.

The solution was to create a repository of time-based metadata (actors, transcript, descriptive, legal restrictions) to support numerous applications and use cases throughout Sony Pictures, he noted. His team found there were other groups within the studio trying to solve similar problems on their own and they were all duplicating the same process and effort over and over again, including approval processes, he told attendees. There was also a concern that any legal restrictions that existed were being tracked through to each of the groups, he noted.

The idea was to pull of that data across the studio together and create a single repository of time-based metadata that could be shared across multiple groups across the company where workers could access that data if they needed it, he explained.

Since Sony started the metadata project about seven years ago, it’s added such data to 650 titles, according to the company.