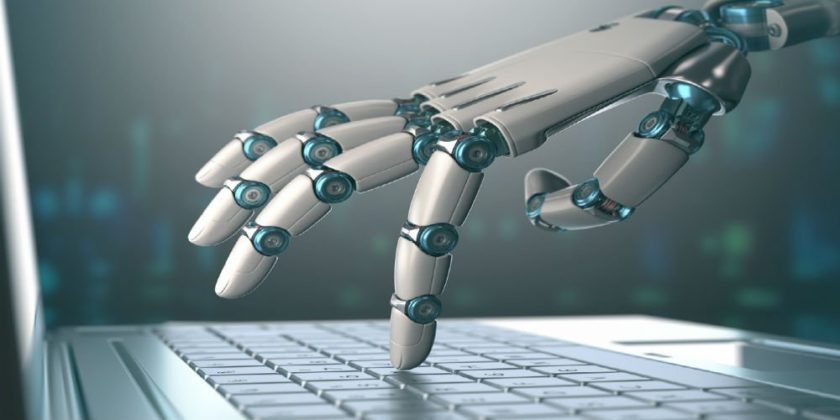 Artificial intelligence (AI) is increasingly being used by organizations and the technology can play an especially strong role in helping them with analytics and business intelligence (BI), so organizations should start investing in AI if it’s not already doing so, according to research company IDC.

There are two topics that have emerged in the past two years as “top of mind” for company executives, and they are AI and trust, Dan Vesset, IDC Group VP said Sept. 25 in the MicroStrategy-sponsored webcast “Analytics in the Era of AI.”

IDC recently predicted that spending on AI and automation will grow from $37.5 billion in 2019 to $97.9 billion in 2023, the company said in its recent IDC Worldwide Artificial Intelligence Systems Spending Guide.

But when it comes to AI, there’s an “urgent need to move beyond the headlines” and the “hype” that’s been seen over AI in the past couple of years. Vesset said. Among decision makers, IDC has been seeing both “rational exuberance” about AI’s capabilities to solve global and other problems, as well as an “uncertainty” about how and where to invest in AI, he noted.

Going on to explain what AI is, he said: “We can’t just continue to worship the lone data scientist.” For one thing, IDC’s research shows only about 35% of organizations indicate that analytical models are fully deployed in production, he said. While there is “high demand” for top data scientists, AI is “really a team sport” that includes a wide variety of people with separate, distinct skills that also include developers and IT specialists, he explained.

There are five levels of AI-based automation, he pointed out: Human-led; human-led, but machine-supported; machine-led, human-supported; machine-led, human governed; and machine-controlled without any human oversight. The latter is “decades out” and there continues to be concern about that possibility among many people who are afraid of a dystopian future in which machines take over the world, he said. Humans, after all, have never given up entire control to anything else before, he noted.

IDC expects $40.1 billion will be spent on AI in 2019, including on AI-powered applications and tools like analytics and BI, he said. And that’s expected to grow rapidly to $95.5 billion by 2022, he noted, adding progress is expected to be made on the software and infrastructure sides. Eventually there will be an “explosion” of AI that potentially solves various global problems, he concluded.

The third big issue she identified is the data explosion being seen as organizations increasingly use the cloud, which adds additional complexity. It’s important to use AI for some of the manual work involved in dealing with the growing size and complexity of data, she noted.

BI with AI can help many issues overall by, among other things, evaluating alternatives, predicting potential outcomes, helping users understand risks and constraints and capturing institutional knowledge, she went on to say.

Among the key takeaways, she said organizations need to: Understand AI is not a destination – it should be part of each process; recognize the range of decisions and identify patterns that can be automated; remove fear, uncertainty and doubt about AI by training and educating users, and letting them understand it can help them and not make them lose their jobs; and expect complexity to exponentially increase. But the skills gap remains the largest challenge, and organizations should use technology to address that gap, she said.

Gopal went on to recommend that organizations: Partner with vendors that have a clear vision on enhancing their products with AI; “identify low-hanging fruit” with  use cases that demonstrate return on investment and get buy-in; select BI offerings that are accessible to a broad range of users by using AI; track and learn usage patterns to improve functionality; and make data and analytics an integral part of your enterprise.

Jaclyn Gaudioso, manager of Demand Generation at MicroStrategy, served as the webcast’s moderator.