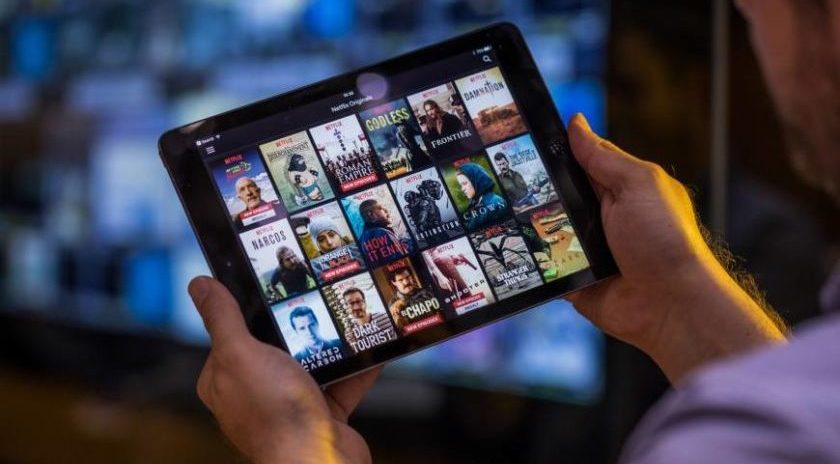 Pay-TV industry executives are increasingly seeing the continued growth of over-the-top (OTT) video streaming services as both a challenge and an opportunity, while the growth of pirated content continues to present them with a major challenge, according to Simon Trudelle, senior director of product marketing at content protection and multiscreen TV solutions provider NAGRA.

In a phone interview Sept. 30, he provided the Media & Entertainment Services Alliance (MESA) with more details on the findings of the global 2019 Pay-TV Innovation Forum 2019 report that NAGRA released Sept. 11.

Based on the responses NAGRA received from 141 pay-TV industry executives globally as part of an online survey conducted April-June, it’s clear they’re convinced “fundamental things are going to change with the emergence of” direct-to-consumer services from Disney and the other major film and TV production studios, Trudelle said. “That will have an impact on the way channels are bundled” going forward, he predicted.

The first major finding of NAGRA’s study cited in its report was that executive sentiment regarding the impact of standalone OTT services was mixed. The executives indicated that the growing number of “high-value” OTT services coming to the market in general will “create both a threat and an opportunity for service providers and the industry in general,” Trudelle said. NAGRA thinks “it’s an opportunity if the providers evolve into being super-aggregators [that are] able to really bring together all the best content in one place [and provide] an integrated experience to the end users,” he told MESA.

That’s been “very much the game for pay-TV over the years, where” sports, movies and other entertainment “have been brought together under one bundle with ease of access and simplicity of usage for consuming that content,” he pointed out. It’s the “same opportunity that is now going to emerge around OTT services,” he predicted.

But he warned: “Operators really have to act fast and take that opportunity to add value and be able to bring this integrated content to their existing subscriber base and take the opportunity to keep growing as much as they can.”

Seventy percent of pay-TV executives polled indicated they believed the growth in OTT consumption will positively impact their businesses, while just 21% expected a negative impact, according to NAGRA’s findings. Seventy-seven percent of the pay-TV executives, meanwhile, predicted super-aggregator platforms will emerge over the next five years and attract a significant proportion of customers who pay for video content, the company said.

The biggest surprise in the survey’s findings came in the area of privacy, with the growth reported being “higher than we thought” it would be, Trudelle went on to say. And why not? After all, it’s easy to access pirated streaming services, especially in emerging markets, he noted. Many consumers are opting for pirated services and are paying to do so, albeit at a much lower price than legitimate services, he said, adding sports is one major driver of pirated content.

More investments are “being made to tackle that problem and to deliver solutions that will reduce the impact of piracy and, in the end, bring subscribers back to legitimate offerings,” he said. But such anti-piracy strategies have not been applied much everywhere, especially in emerging markets including Southeast Asia and India, where there is a “real acceleration of piracy” and very few operators have made even the basic efforts to combat it, he said.

Industry executives indicated they believed the global pay-TV piracy levels were at their highest since 2017, when NAGRA started tracking the statistics. It said. They estimated that, on average, 17% of TV households globally engaged in pay-TV piracy, up from 14% in 2018 and 11% in 2017, Trudelle pointed out.

Sixty-six percent of pay-TV executives, meanwhile, indicated they believed that, over the last 12-18 months, the level of pay-TV and video piracy in their respective countries had either gotten worse or remained the same, hurting their ability to generate a return on their content and technology investments, according to NAGRA. But 51% indicated they thought their company’s approach to fighting content piracy was somewhat or very effective, it said. Meanwhile, 48% expected content piracy will lead to greater pressures on the pay-TV industry over the next five years, NAGRA said.

Another major finding of NAGRA’s survey was that pay-TV providers realize they must offer “flexibility of the pricing and packaging of the offerings,” Trudelle said, adding: “The days of the one fit for all bundle [has] clearly come to an end and better targeting and better packaging of content and services to match specific segments is now a prerequisite for success going forward.”

An overwhelming majority of the pay-TV executives polled (91%) agreed that innovation in product pricing and packaging will be not only key to attracting and keeping subscribers, but also crucial in the companies’ quest to become super-aggregators of content, NAGRA said.

Another major finding of the report was that retaining tier-one sports rights and aggregating sports OTT services have emerged as major priorities for pay-TV operators, according to Trudelle. The role of sports will remain key, especially outside the U.S., he also said. An increase in streaming services offering tier-two and tier-three properties is expected, but investing in such rights will be “increasingly challenging” for many operators, he told MESA.

Eighty-five percent of the executives polled said they believed OTT sports streaming in their country would grow either moderately or strongly through 2024, while 93% indicated they thought sports streaming services were some of the most valuable types of partners for those providers looking to aggregate content and services, according to NAGRA.

The last major finding of the survey was that a whopping 79% of industry executives indicated they believed that to remain competitive, pay-TV service providers must invest significantly in data capabilities in areas including artificial intelligence, automation, big data analytics and machine learning, according to NAGRA.