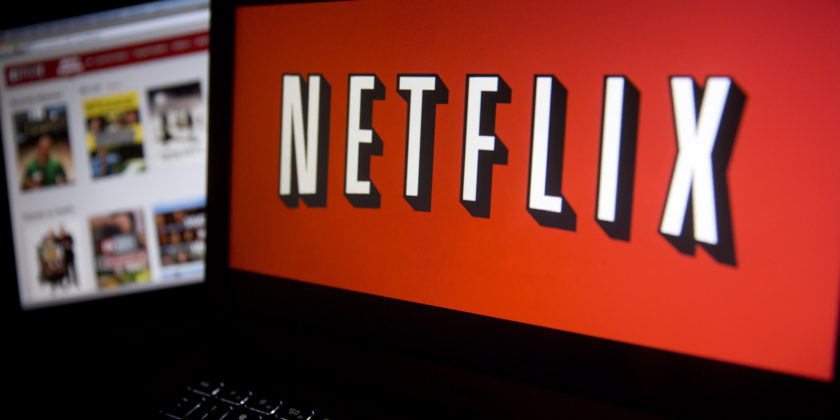 Netflix saw strong subscriber growth, revenue and profit in the third quarter (ended Sept. 30), but the impending arrival of new streaming services from rivals including Apple and Disney stands to have at least some impact on Netflix results, according to Netflix executives.

“It was a really strong quarter … not just around subscribers but on overall business performance,” CFO Spencer Neumann said Oct. 16 during the company’s quarterly results webcast. After all, he noted: “There was record revenues for Q3, record operating profit, and nearly a billion of operating profit and record paid net adds for the quarter.”

Netflix shares grew after it reported that revenue grew to $5.2 billion, a 31% increase from $4 billion a year earlier, while profit increased to $665 million from $403 million. Paid net adds totaled 6.8 million, up 12% from a year ago.

But subscriber additions fell just a bit short of its 7 million forecast. Although Netflix “delivered on the subscriber front slightly ahead of where we expected outside of the U.S., in the U.S, we were a little bit short,” Neumann pointed out.

“We did see some elevated churn in the quarter … following our price increases in the U.S. and that ticked up and sustained through the quarter longer than it had in the past,” Neumann said. But he added: “These are really small changes. We’re talking about like a 10th of a percentage point in churn.”

“After the big miss in 2Q, the fact that Netflix’s 3Q net paid subscriber adds were, in aggregate, close enough to their guide and that the 4Q international subscriber guide was in the ball park was enough to send the stock upwards post earnings,” Michael Nathanson, senior analyst at MoffettNathanson, said in a research note Oct. 17.

“If anything, we would say that this earnings [report] is a major relief to the bulls who were stunned by the stock’s post-2Q reaction over the past 90 days,” he added.

Meanwhile, Netflix executives had indicated in the past they weren’t concerned about increased competition from Disney + and other new streaming services.

But Neumann said this time that the coming increased competition was one of the reasons why it’s being cautious for its Q4 results this year. Obviously, there’s “a few new competitors launching in the near-term and we try to factor that in” to the results, he noted, predicting at least some short-term impact from the new rivals. “Inevitably, there’s probably going to be some curiosity and some trial of those competitive service offerings,” he said.

In the company’s letter to shareholders, it said: “The launch of these new services will be noisy. There may be some modest headwind to our near-term growth, and we have tried to factor that into our guidance. In the long-term, though, we expect we’ll continue to grow nicely given the strength of our service and the large market opportunity.” Although the new rivals “have some great titles (especially catalog titles),” Netflix said: “None have the variety, diversity and quality of new original programming that we are producing around the world.”

Netflix, meanwhile, continues to see opportunities from pay-TV partnerships in which Netflix service is bundled with other pay-TV services. Those deals still make up a “relatively small” part of Netflix business, “but it’s a nice incremental acquisition channel for us,” according to Greg Peters, chief product officer.

“So, we’ll seek to grow that,” Peters said, adding: “We think there’s a bunch of opportunities both in the United States with existing partners and expanding the number of bundles and sort of the bundle availability. We’ll also seek to expand that globally because we think there is a tremendous number of opportunities globally to add those kinds of partners and make it easier for members to sign up.”

Netflix added a couple of such deals with new partners in the current quarter, he said, citing Canal Plus and Sky Italia.