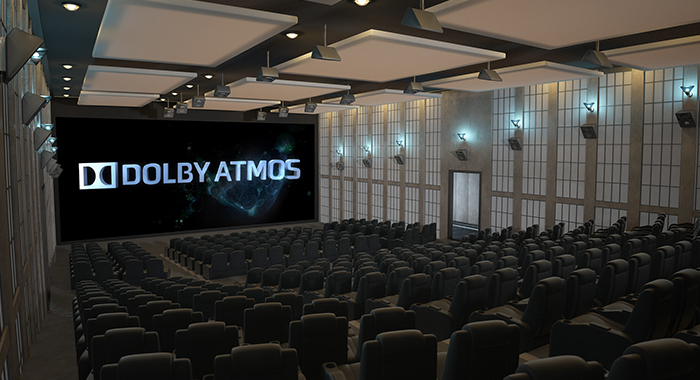 There are promising early signs for Dolby Atmos Music and Dolby sees opportunities for the immersive music experience to expand the company’s technology further on a growing number of devices, according to Kevin Yeaman, its CEO and president.

“I am particularly excited about the launch of Dolby Atmos Music this quarter,” he said Nov. 14 on an earnings call for the company’s fourth quarter and fiscal year (ended Sept. 27).

The Amazon Echo Studio is the first Dolby Atmos-enabled smart speaker and the Amazon Music HD service is streaming a “growing library of content” featuring Atmos Music from Universal Music Group and Warner Music, he pointed out.

“It is still early days, but the experience is resonating with both artists and fans as a completely new way to enjoy music,” he told analysts, adding: “We are seeing Dolby Atmos Music create a level of passion and engagement from artists that is similar to what we’ve seen with directors and the Dolby Cinema experience” in movie theaters.

“Bringing the Dolby experience to additional types of content is an important path to accelerating growth” at the company, he said later on the call, adding: “We will continue to invest in making more of Dolby experiences available in sports, gaming and even user-generated content. The launch of Dolby Atmos Music is an example of increasing our value proposition by enabling new Dolby experiences. A healthy Dolby Music ecosystem will create opportunities for further adoption in smart speakers and other home audio products.”

In mobile devices, for example, “we have built a strong position and enjoy growth at the high end of the market, largely based on our presence in theatrical and episodic content,” he said. “Dolby Music not only brings more value to these partners, it also increases the attractiveness of the Dolby experience to a broader population of devices,” he noted.

Dolby’s “continued innovations can also create opportunities for additional growth,” he said. For example, the company is “engaging in opportunities where our Dolby Voice technology can create additional value in areas like PC and smart speakers,” he said.

The company, meanwhile, “continued to build momentum for the combined Dolby Vision and Dolby Atmos experience” this past fiscal year, highlighted by new offerings from Apple and Disney, he said.

“Three years ago, the first Dolby Vision TVs and Dolby Atmos sound bars were just coming to market, and the first Dolby Cinema sites were coming online,” he recalled. “Today, Dolby Vision and Dolby Atmos experiences are accessible to hundreds of millions of consumers globally across a broad range of content, services, devices and Cinema locations,” which now total 240 theater installations globally, he said.

Disney also just launched its Disney Plus streaming service this week, which he noted supports Dolby Vision and Dolby Atmos across its “library of content, including the first seven ‘Star Wars’ films, which are now available in the combined format,” he said.  Disney’s ESPN also started broadcasting college football prime time games in Dolby Atmos with DirecTV and Comcast, he noted.

In India, Eros Now recently became the first over-the-top (OTT) streaming service to launch with Dolby Atmos and it “will soon be delivering their upcoming originals in the combined Dolby Vision and Dolby Atmos experience,” he noted.

Dolby also “continued to expand the range of Dolby content in live events,” he said, pointing as an example to Rock in Rio, one of the largest music festivals in the world, that he said was broadcast in Atmos in Brazil.

In mobile, Dolby expects revenue to “grow noticeably above the company average, with contributions from our branded technologies and from our innovative patent licensing programs,” he said.

In other licensing, the company expects to see “growth from Dolby Cinema, as we currently plan to add a similar number of new screens in FY ’20 as we did in FY ’19,” he told analysts. In products and services, Dolby is projecting Cinema products will be “relatively flat for the full year, while Dolby Voice is expected to grow,” he said.