The Entertainment ID Registry (EIDR), the source of universal identifiers for digital distribution of movie and television assets, appointed Hollie Choi to lead the organization as executive director, effective July 26.

Choi is tasked with guiding EIDR into the next phase of its mission to provide industry standard identification for workflow automation.

Her work will include consolidating and strengthening EIDR’s growing role in streaming workflows, making EIDR the ID of choice for universal search across all video services, as well as continuing to serve the core automation needs of digital fulfillment.

She will work closely with the core users of the EIDR platform to solidify EIDR’s long-term scalability and reliability and grow EIDR’s footprint and usage internationally and in the US. 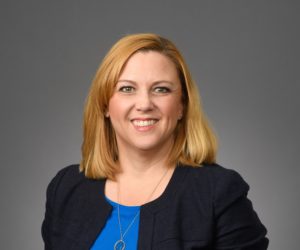 Choi has been in media and entertainment for 15 years and is a strategic advocate for supply chain automation, improved metadata governance and workflows, and digital and media asset management systems. She joins the organization from The Walt Disney Co. and 20th Century Fox, where she was executive director, responsible for intellectual property and metadata management, including standard EIDR registration for all content.

“We are very pleased to welcome Hollie to the EIDR team,” said EIDR chairman Bill Kotzman. “After a decade of growth, EIDR is starting to deliver on its promise as a mandatory utility for the movie and TV ecosystem. The board looks forward to working with Hollie to increase the ubiquity and usage of EIDR across all industry workflows.”

Choi added: “It is a great privilege to join the EIDR organization. I am looking forward to collaborating with the EIDR community to advance the adoption of EIDR within the existing participant community while looking for ways to expand our membership and promote universality of the EIDR standard within the industry.”

Choi will report to the EIDR board, whose member companies are headquartered across the U.S. and internationally. She will continue to be based in Los Angeles.