Need a reason to pay attention? Let’s start by looking at the numbers: 80 percent of films lose money. 64 percent of TV shows are canceled after one season.

That’s worse — a lot worse — than weather forecast accuracy. So, how is this possible?

Here we are, supposedly living in the age of predictable outcomes, data-driven decision making, algorithmic certainties, predictive analytics that can tell you within a percentage of a percentage point what is going to happen. Or are we actually there yet? We’re now truly living at a weird intersection of Aldous Huxley’s “Brave New World” and George Orwell’s “1984,” where even those prescient thinkers couldn’t have imagined the degree to which advances in information technology have changed the way we live.

Both imagined worlds in which information could be leveraged or weaponized, used for good or evil. But the degree and the extent to which information, now in the form of vast universes of digitized data, could transform our everyday realities couldn’t have been predicted. And yet, as we hang on for the ride in the breakneck evolution of the M&E landscape, we are seeing the unprecedented application of digital data to a whole host of challenges and opportunities.

In the entertainment world, one of the areas that is residing increasingly uncomfortably at the threshold of the creative and the quantitative are the processes of greenlighting and marketing film and TV. The most critical decisions that studios, content creators and distributors make are deciding what to invest in (and just as importantly what not to invest in) and then figuring out how to best to market that asset. These are the (sometimes scary) decision points at the heart of every studio success, and failure.

These are also decision points that sit, with growing unease, at the threshold of the creative and the quantitative, because traditionally, greenlighting and marketing decisions have largely been driven by creative factors, forces and people. They involve experienced executive teams from production, finance, development and (in the case of television) programming, who have come together in an often lumpy process, to decide what gets made and how it’s promoted. It’s the way a lot of those decisions are still made today.

But the world is different today than it was when those processes were first devised. In truth, most of those processes developed organically, as opposed to being driven by some grand strategy or design.

Today there is a rapidly deepening ocean of data that, if properly configured and analyzed, can provide insights into not just where audiences (and dollars) have been but where they are going. This last point is especially critical given the lead time that many projects experience.

In some cases, years can elapse between the time a project is first conceptualized and approved and the time it finally shows up on a screen. Being able to extrapolate audience trends and potential paths to success, and avoiding the paths to failure, has always been important, but now, it is becoming more easily achievable.

Analytics = The ability to understand what it means.

Getting insights from data

The more recent application of artificial intelligence and machine learning to data analytics has taken the power of those technologies to a whole new level, as thinking and learning systems, powered by increasingly intelligent and sophisticated algorithms, enable the extraction of insights from data sources that a few years ago would have been too difficult to analyze.

We’re talking about audience emotions, unstructured information around reactions to images, contextual analysis of social media posts and a whole host of data sources that, when compiled and analyzed, can provide cross-referential insights into audience tastes, trends and tendencies that were completely inaccessible just a short time ago.

So, how to apply all this capacity and capability to a process that for many years has — sometimes successfully, and sometimes unsuccessfully — driven the critical decision points for entertainment creators and marketers? 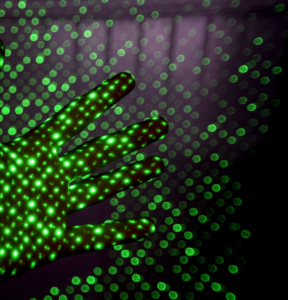 A key factor in all of this is actually human, and not technical. Creators and marketers, and the financial decision-makers they work with — in order to make the “go/no-go” determinations — are slowly getting more comfortable with utilizing data-driven decision support in their greenlighting and marketing exercises. But in many ways, M&E is a lap or two behind other markets in which data-driven decision-making has been relied upon increasingly to set direction.

Banking, consumer products, life science and logistics and transportation are some of the industries that immediately come to mind. The argument has been that, unlike in M&E, in many of those industries, a vast amount of quantitative data has been available, and there has been less reliance on qualitative information to support decision- making. To an extent, that is true. But it is changing rapidly.

In the world of entertainment, quickly evolving datasets including box-office information, viewership patterns, demographic overlays, audience analytics, ratings data, digital and OTT viewership statistics, social media listening tools and many other sources, have combined to create a much more accurate audience picture than has ever been possible in the past. In particular, especially when developing trending information, it is now possible to extrapolate into the future with a degree of accuracy that has never before been possible.

In addition to audience analytics, the creative, financial and marketing decision- makers also now have, for the first time, increasingly sophisticated content analysis tools and technologies that can help to cross-reference internal information (scripts, talent, etc.) with external information (audience analytics, viewership data, etc.). This cross-referencing ability is especially critical at the front end of the cycle in the greenlighting process, when decision-makers are evaluating genres, scripts, talent, and the entire creative approach to an asset, trying to hit on the perfect alchemy to create a successful release.

Downstream, marketers are trying to do the same thing, although by that point, they’re dealing with a more or less well-defined asset: the greenlit production.

They just have to figure out how to sell it. Here the barriers to data-driven decision making are somewhat lower than they are in the more traditionally creative, greenlighting decision process. In the movie business, marketers have relied for years on metrics like box-office receipts, theater attendance and other readily quantifiable datasets to determine what is working and what isn’t. And in the television world, Nielsen ratings, comScore, Rentrak and their brethren have provided readily accessible and analytics-friendly metrics.

Two broad streams of analytical endeavor are germane to the entertainment business:

Content analytics, and audience and market analytics. Let’s break them down:

Content analytics, as the name suggests, dissects and attempts to define specific traits in scripts, films, talent, genres, images, locations, etc., that have consistent and predictable appeal or generate a consistent or predictable audience reaction.

Audience and market analytics look to define traits and characteristics of audiences and markets that can be utilized in a predictive fashion to support decision-making around the way in which an entertainment asset is released, marketed and distributed.

While there is absolutely no sure-fire way to predict with total accuracy what will resonate with audiences, there is no question that the odds can be improved with the intelligent application of analytics to data streams relevant to content and marketing.

So, what exactly do you measure and think about when you look at content analytics? Essentially, all of the component parts that go into making up that content. This can include everything from script structure, character types, talent, word usage, dialog style, plot complexity, visual look and feel, location, story points, special effects, music, etc. Content analytics can also be utilized when crafting trailers and downstream marketing campaigns and materials, and helping to decide what should — and just as importantly, what shouldn’t — be emphasized in a trailer or marketing campaign.

Audience and market analytics deal with everything in the consumption environment for entertainment assets. In the case of audience analytics, tools are increasingly focused on sentiment analysis and the parsing of unstructured information around consumer emotions, reactions and tastes. Sentiment analysis deals largely with the application of natural language processing (NLP) technologies, biometrics, computational linguistics and text analysis to determine the tone, mood or attitude of a particular piece of text or speech.

Typically, sentiment analysis focuses on assigning a positive, negative, or neutral value to an expression — which is invaluable in the instantaneous world of live-streamed social media reacting to a film, TV show or digital asset.

Market analytics are somewhat better defined because they tend to be more quantitively driven and lend themselves more readily to dissection by quantitative tools. We’re talking here about using analytics to decide when and how to release teasers and trailers, determining how to customize impressions for different potential audiences, making decisions around distribution strategies or even ranking potential moviegoers in terms of their likelihood to watch a specific title.

Think it’s all a bit over the top? Consider a couple of real-life examples. Probably the best-known example is from the disruptive streamer, Netflix. Netflix managed to deal a quick one-two punch to its studio competitors with an early start in the streaming game and the early and enthusiastic adoption of analytics.

Netflix employs analytics in two key areas, both driven by customer behavior and buying patterns. The first is the “recommendation engine” all Netflix viewers are familiar with. It’s known as CineMatch and it analyzes viewer choices and feedback. To date, it has parsed more than two billion reviews of movies that viewers indicated they loved or hated (or something in between). It then recommends movies that align with a viewer’s taste.

The result is that the recommendation engine will often point to a movie that fits a viewer’s preference profile but that may not be in high demand.

Netflix also uses a sophisticated set of content analytics to predict whether an asset is likely to be a hit before it is produced, and then analytics are employed in the decision-support process to increase the likelihood of its success. The content analytics engine has identified more than 70,0000 attributes of entertainment assets, and Netflix utilizes those insights in the greenlighting process, which has produced hits like House of Cards and Orange is the New Black.

At the end of the day, it is important to remember that analytics — no matter how sophisticated, advanced or accurate — will never truly replace a group of experienced industry people sitting around a table and making the ultimate decisions around content and marketing in terms of what flies and what dies.

Tools in this case will only (for the foreseeable future at least) be decision- support vehicles. Why? Because no tool — and for that matter, no human — can ever predict with 100 percent accuracy that a particular project will be a breakout success. Or a miserable flop.

One need only look at the numbers.