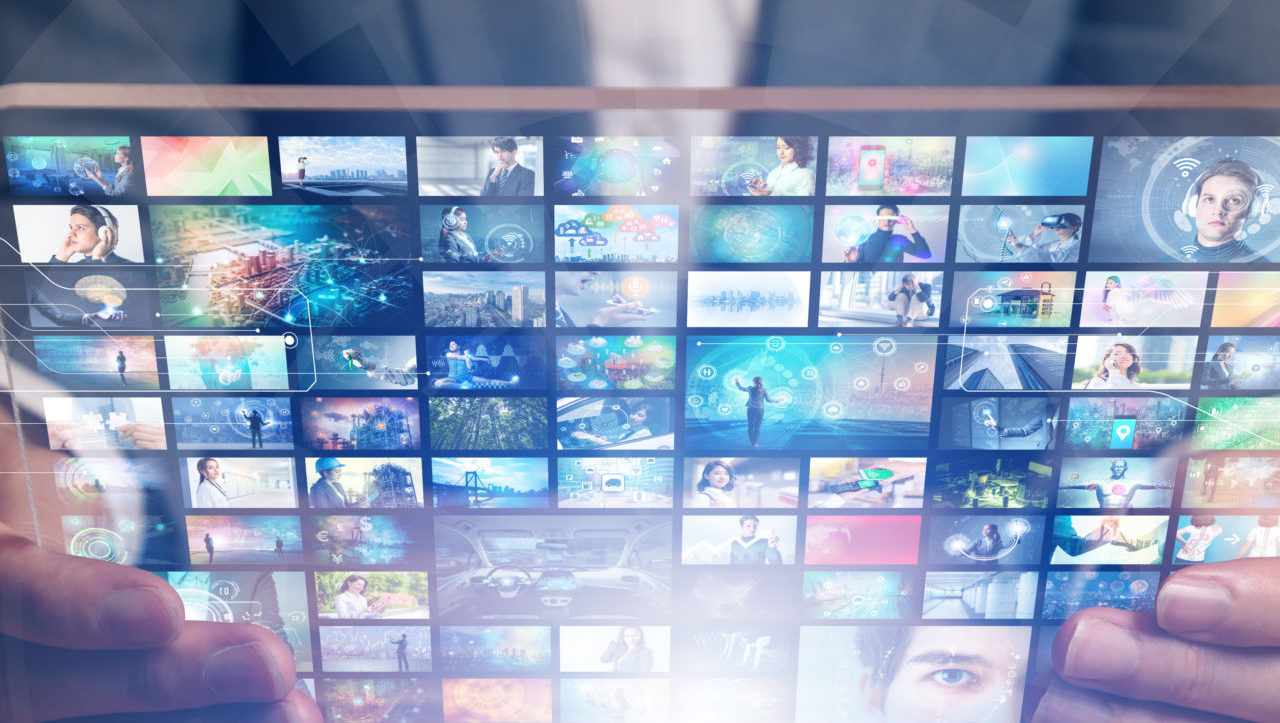 Think of M&E as People Entertainment, Not Winners vs. Losers

A week or so ago we attended what has to be about our fifth movie screening (thanks to THR and the sponsors). We like them because we enjoy the Q&A with the directors, producers and key folks. We like movies — good movies — but we’re also very interested in the stories behind the films.

The problem is the screenings are virtual or terribly distanced. You laugh … you cry … you cringe … you cheer … but you’re freakin’ alone!

We’re not a huge cinema attendance fan but are amused by researchers, fortune tellers who gaze into their crystal balls and say the pandemic forced the M&E industry 10-20 years into the future and that everything will stream. The theater is gone … forever!

Yes, it has taken a helluva beating; and yes, it has changed … dramatically.

Actually, it’s been slowly changing for years. It just took a pandemic to give it the nudge it needed. 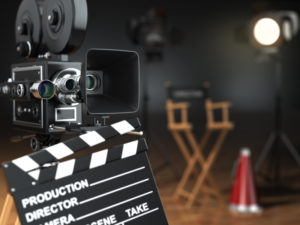 First, the studio structure/project flow changed. The lowly TV emasculated the cinema as the cultural force that ruled/guided what people would see and enjoy.

Tech interlopers like Netflix, Amazon, Apple, Youku, iQiyi, Tencent and others showed they could bypass the infrastructure without seeing or being seen at the Chateau Marmont or Polo Lounge.

It looked so inviting, so opportunistic that corporate entities looked at the industry and saw real money could be made if they bypassed people’s gathering points and focused on answering to shareholders first and consumers later.

Their organizational structure was streamlined — fired, resigned, retired — and streamlined again with attention to new teams on the bottom line.

Their focus was on prequels, sequels, spin-offs and efforts that appealed to the broadest number of people, often the lowest common denominator.

Despite the moves video story makers, production teams have remained resolute to deliver unique, special projects that should be/need to be told.

It is somewhat ironic that two opposing M&E players could become the coopetition (cooperating competition) standard for the M&E industry.

We wouldn’t venture a guess as to whether Comcast’s CEO Brian Roberts and AMC’s Adam Aron will ever be bosom buddies, but at least they realize that working together is better than drawing a hard line in the sand — especially when things are tough for everyone.

Comcast’s Universal and animation studios had a large library of major movies including Trolls World Tour that were scheduled for theatrical release until the pandemic slammed AMC’s (and others) doors shut around the globe.

Rather than move the film to its fledgling streaming service, Peacock, to pump up subscriptions or sell the film to a competitive streaming company, Universal negotiated a solution with AMC that was best for both parties and also changed the theatrical release boundary forever.

The result was a 17-day window for AMC and $20 PVOD release to viewers following the exclusive period (yes, and some portion of that revenue going to AMC … it’s complicated).

The title generated more than $100 million in 28 days with Universal retaining 80 percent of the gross rather than 50 percent from a “normal” theatrical release.

Regarding the “test,” Roberts was quoted as saying that Comcast/Universal wants to have theatrical release of more of their projects and that they (and AMC) feel the hybrid distribution model has been successful. Michael Bonner, the new head of Universal’s home division, said that the launch of PVOD complements the theatrical business in ways that benefit the entire ecosystem – consumer, distributor and studio.

The 18 movies released on PVOD in the past 10 months generated four times what the studio expected to earn with traditional home distribution, according to Bonner.

And with AMC raising more than $900M in equity/debt, Aron is even more confident that cinema release and seats-in-seats will return by the end of the year.

While Moshe Greidinger, CEO of Regal Cinemas, initially called the AMC/Universal agreement the wrong move at the wrong time, he is in full accord with Aron, saying that ultimately, studios don’t want to/can’t afford to sacrifice significant profit bypassing the thousands of theaters around the globe.

Analysts at research firm Omdia predict that it will take up to three years for moviegoing spending to return to pre COVID-19 levels and studios will continue to delay major tentpole releases.

China’s movie theaters reopened late last year after strict lockdown for the population so the infection could be brought under control and stringent guidelines for reopening could be established.

Ticket sales in China have steadily snowballed, culminating in the blockbuster release of China’s war epic The Eight Hundred, which boasted a whopping box office of $400 million plus in its first 28 days in theaters.

While we aren’t much of a war flick lover, we’re actually looking forward to seeing it this fall (hopefully streaming but if not …).

According to Artisan and Gower Street, China could be the first global market to reach or even surpass 2019 attendance activity.

China — and, in fact, the entire Asia Pacific region — was aggressive in controlling the Coronavirus, instituting contact tracing and enforcing mask mandates. They set down a clear, concise set of guidelines — some might call them rules — for the reopening of theaters nationwide.

Theater owners and the public followed the guidelines, and the industry (fortunately) had a series of good patriotic and family-oriented films to release in addition to modestly successful Hollywood projects.

Most analysts project that this could be the year that China becomes a larger box office market than the U.S.

One Tokyo theater scheduled a ridiculous 42 screenings in one day to meet demand — even given strict social distancing and seating requirements.

Industry analysts are seeing rapid box office recovery throughout the AP and faster reopening of their economies because of the countries’ decisive actions.

In both the U.S. and the EU, addressing the pandemic has been in fits and starts with national mixed messages — divisive groups on the reality, severity, solutions, slowing the control and reopening of theaters and the economy.

At the same time, studios have only slowly begun to release even day-date copies of their major productions, many bypassing theatrical release, placing the films in their SVOD service to increase subscriptions. 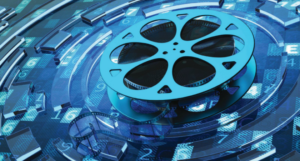 While some argue that day-date film releases will be a death toll for cinemas as people find it more comfortable and more convenient to watch the projects in the comfort of their own home, limited studies in the past show that’s not the case.

For example, studios shortened the release exclusivity window from three to one month in Korea several years ago and found that the economic impact was insignificant (0.8 percent) in total theatrical revenues during the first eight weeks of films’ run.

By the same token, following the Spanish Flu pandemic in 1920; cities, states, nations turned on the business switch instantly and life returned to “normal” relatively quickly with mixed results.

With a slower, more planned/controlled reopening, AMC’s Aron and studio executives at Disney, Universal, Paramount and Sony feel movie attendance will steadily increase through the end of the year.

And by 2022, avid cinema attendees will be frequenting theaters, regular cinema consumers will be visiting theaters two to three times a month and infrequent ticket buyers will be going to movies on special occasions.

Inevitably, some will never return.

Mooky Greidinger, of Regal Cinemas, feels the elimination of the theatrical window will be the demise of movie theaters, noting that people will be reluctant to buy tickets if they can see the same film on their big screen at home.

Going to a movie in a theater isn’t about simply seeing a flick in a building but rather enjoying the rich video/audio in a cinema that becomes an immersive, shared experience.

People – and from what we see in the world around us, all animals – like to/need to interact and share reactions and excitement with others even if they don’t know them. 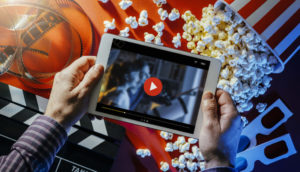 Disney, Universal, Sony and a few other studios have clearly, almost analytically, looked over their inventory of projects and determined which “need” optimum audience interaction as well as which films are good and will be enjoyed streamed to the family’s screen.

Even Netflix, Amazon and Apple have offered and will continue to offer video stories in theaters for a period because part of the audience deserves that experience before they put the film into their home streaming library.

Others simply focus on their subscription numbers first.

There is no one right approach because the glamour and sleaze of old Hollywood began fading even before streaming and the pandemic and … it ain’t returning!

Theaters and their content creation partners will simply have to do more to entice the occasional and infrequent ticket buyer to put more seats in seats.

Change is never easy, but people need to see people of all shades on the screen and in person to scream, laugh, cry, feel and be moved to improve our community/communal experience.

As Father Sheridan said in Jimmy’s Hall, “Our community faces a choice.”