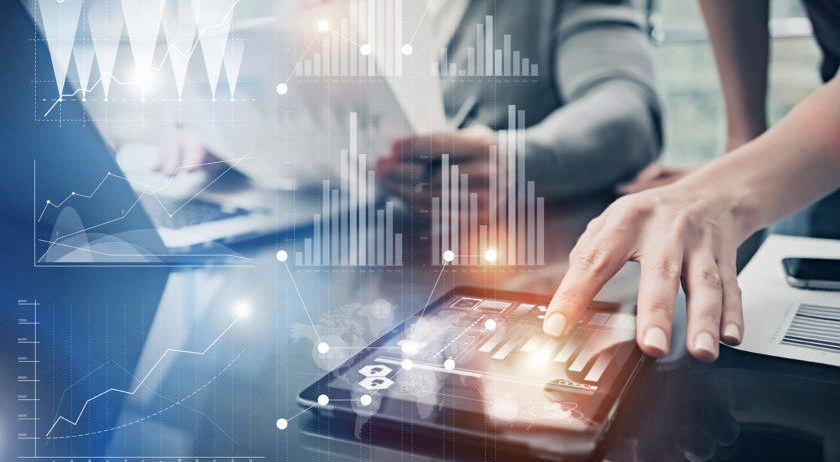 Media and entertainment organisations large and small can reduce friction and gain efficiency in both manual and automated transactions by adopting common identification standards including the Entertainment Registry Identifier Association (EIDR) and the Language Metadata table (LMT), according to Richard Kroon, EIDR technical director.

“Transactional inefficiencies… are essentially eating your business from the inside out, which is a bad thing,” he said Feb. 25, during the Language & Metadata breakout session “Zen and the Art of Transactional Efficiency” at the Content Workflow Management Forum, “M&E’s Premiere Localisation Event.”

He started off with what he called a “bold statement: That in any process,” whether automated or manual, “efficiency is good and friction is bad – and by friction I’m talking about transactional friction: Things that add cost to the process without adding value.”

In the supply chain, that friction is “typically caused by manual touchpoints in what could otherwise be an automated system or system boundaries and this can be between a manual process and an automated one, between two automations between two different companies,” he explained. “Anytime there is a boundary between systems, there’s an opportunity for confusion, for the need for translation, for one system not to be communicating effectively with the other one because they don’t know exactly what they’re talking about. And those are all points of friction in  a process. They’re not adding value. It’s adding cost.”

The usual “symptoms” that is happening are “increased cycle time, which is taking longer to do something; reduced bandwidth (doing less with the same resources); and reduced profit since these costs aren’t adding value – they’re just eating away what profit you are making,” he told viewers.

The “Cumulative” Cost of Friction

Those inefficiencies are “cumulative” – something Kroon said is “really important to understand” because “what may seem relatively minor in isolation are additive across all systems and all processes within an organisation, as well as across the supply chain.”

Companies end up “ultimately paying the cost for the inefficiency of all your upstream partners,” he noted, adding: “That cost plus yours is either deducted from your profit margin or passed down to all your downstream partners until eventually you can reach a point where the last little inefficiency – the last little minor thing on its own but added to the cumulative set breaks the virtual camel’s back. And this is the point where you start seeing process failure or dissatisfied customers going elsewhere. And that’s a B2B and a B2C problem. It’s not just strictly the B2C side. So if you’re not operating efficiently to the demands of the industry, then you’re going to ultimately fail one way or the other.”

Those “minor little frictional points are sort of the insidious things inside that are causing this problem,” he said.

The Need for ID

At “the core of it is the need for identification – for everything to understand what it’s dealing with and what it’s talking about,” Kroon noted.

After all, he explained: “It really does all start with identification and if you don’t know what you’re dealing with, you can’t express that to others, then your business process is not going to work. Your supply chain will not work…. Identification standards are your friend.”

Having a “common understanding across different systems between supply chain partners makes operations more efficient – whether they be manual, automated or manumated” (processes that contain manual and automated elements and “they have to hand off between each other”), he said.

Simply put, “the more understanding” and “the more commonality” that there are across those systems, “the better it’s going to work,” he pointed out, adding: “To paraphrase an old BASF slogan ‘identification standards don’t make movies; they make delivering movies easier’.”

EIDR IDs are “unique, unambiguous identification for audiovisual works of all types and in all forms,” Kroon said, explaining: “They’re valuable and useful to everyone from the smallest producer to the largest multinational. And an important thing to understand about EIDR IDs is that they are and always have been ‘read for free’.”

While “proprietary systems will place restrictions on how and when you can use their identifiers, [and] how and when you can use their metadata,” with EIDR “the complete metadata is available and all the IDs are available to anyone,” he pointed out. “You can walk in, resolve an EIDR ID…. You can take the metadata and search for and find an EIDR ID. It’s all available to everyone, without restriction [and] without cost, which is unique for a content identifier service like this.”

There is an EIDR ID for each and every piece of audiovisual content, he said. Every movie or TV show has an ID that may “start at greenlight and be the project identifier through production, post production into distribution into exploitation and on,” he explained, adding: “Each of those abstract records can have any number of creative cuts or edits – essentially changes to the timeline. These are… the releasable versions that go out that are linked to the abstract work. Those can have any number of manifestations – technical versions, encodings: SD versus HD, pan and scan versus letterbox, subs and dubs for localisation – all those different aspects of a work, all those different incarnations of a work – all have a unique ID that can then be used and transacted on. If you’re dealing with episodic works, you then throw in separate season and series IDs so that you can link everything together…. They’re all available for use.”

He showed examples of how EIDR lists the available data for TV series including Disney’s WandaVision. Although EIDR only provides a small amount of data for each episode of each season, it provides links to third-party websites so that users can easily track down additional information they may need, he pointed out.

EIDR also provides Video Service IDs so that you can see what video services a piece of content is being delivered through for consumers, be it terrestrial broadcast TV, satellite TV, cable TV, over-the-top streaming services, etc.

Historically, the problem with language identification was “there were multiple standards for identifying language,” Kroon went on to say. LMT, however, has “solved the Tower of Babel problem” by providing a “clear and unambiguous” system for identifying language and “you can be as specific or as general as you need to be without concern about being able to communicate that to other parties,” he told viewers.

One of  the other benefits of LMT is that it provides the identification of country and region for free, he noted.