At the April 13 EIDR Annual Participant Meeting speakers and attendees will discuss adoption of EIDR across enterprises and streaming platforms, and learn about EIDR’s progress toward ubiquitous coverage, new adoption paths, and user engagement.

Studios, streaming giants, EIDR’s board and more will be on hand to celebrate what EIDR’s accomplished to date, and what’s on the horizon. Here’s a look at what’s on the agenda:

• “Setting the Stage for EIDR’s Annual Participant Meeting (and Beyond)” will see EIDR’s board of directors outline the strategic vision for 2021, addressing the role of EIDR in the growth of streaming platforms, the goal of ubiquitous coverage of new film and TV content, and the continuing plans for platform refresh.

• Attendees of the event will be treated to two EIDR “Board Spotlight” presentations: “Universal Search” and “Adoption Journey.” The first will see Jason Pena, program manager for Google, share his view on the adoption path followed as the EIDR system has been introduced across different workflows in multiple business units and functional areas. The latter will see Sarah Nix, senior director of archives and global data governance for ViacomCBS, describe the adoption path for EIDR across the newly merged corporation, starting with early adoption by Paramount, followed by Showtime and Smithsonian, and continuing on to broad evaluation across ViacomCBS media units, with a goal of extending into new growth areas like Paramount+.

• Robert Grayson, EIDR support manager with Premiere Digital, will take the stage twice, sharing updates on both registry improvements and the deduplication process. First up is the presentation “Under the Hood: Registry Improvements and Roadmap,” where Grayson will be joined by Richard Kroon, technical operations director for EIDR, as they review EIDR’s continuous improvement programs, launched last year to increase EIDR’s value throughout the M&E supply chain. The initiatives focus on systems, process and metadata, and measurable improvements have already been delivered. 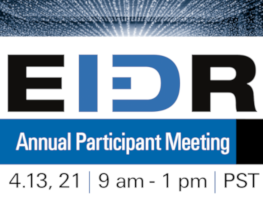 Next, Grayson will update attendees in a breakout session on how Premiere Digital is supporting EIDR’s deduplication efforts, with him detailing how his company utilizes the universal identifier, and running through a typical day from the perspective of an EIDR member seeking to register an asset into the EIDR Registry. Grayson will explain the process from the perspective of a support agent, and offer a brief look behind the scenes of the manual deduplication review process.

• The “Power User Group and User Engagement” panel will highlight the benefits of EIDR’s Power User Group, which meets monthly to discuss use cases and increasing user input. The session will highlight the group and the need to have users serve as product managers, alpha/beta testers and creators of user stories to drive the continued evolution of the registry platform. Sarah Nix, senior director of archives and global data governance for ViacomCBS will moderate with Marine Suttle, EVP and chief product officer for ‎The Boxoffice Co., Shari Okamoto, data steward for enterprise metadata services at The Walt Disney Co., and Anna Rybakov, metadata librarian for Disney ABC Television Group.

• Attendees will have three “Technology Showcase” to choose from:

• “Coming Soon to a Value Chain Near You: Venue ID,” with Raymond Drewry, MovieLabs, and
Niels Rump, DDEX

• “Trends on Marketplaces and Universal Audiovisual Databases,” with Tomas Gennari, BB-Media and FlickShow